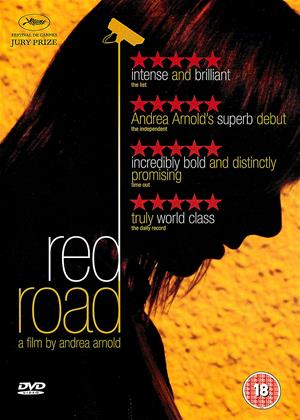 This certainly isn't for fans of lavish dramas, but instead the director does capture the poverty and neglect of certain Glasgow areas. Outside the main female lead, I felt the rest of the characters did not have the chance to develop or show any depth.

The bedroom encounter towards the climax is overly explicit and feels out of context with the rest of the film. At least you learn how valuable and powerful a tool CCTV actually is, and how easy it is to be followed...

Massively over-rated dross, made by a pretentious feminist film-maker on British taxpayers money. And theyt all speak in thick scottish accents - so most people won't understand anything. If you want to see a great British thriller, rent 'London to Brighton', made on a shoestring but with real talent all round. Avoid.

1 out of 9 members found this review helpful.

Director Andrea Arnold doesn't stint on the "local colour" in this slow-burning thriller: she devotes a lot of screen time to those parts of Glasgow where the sun don't shine; trash eddies in the breeze, concrete soars over urban wastelands, and lost souls sidle from bleak flatlet to sticky-carpeted boozer and back again. This downbeat setting, sparse dialogue and an apparently emotionally stunted heroine make this film heavy going for a while, but it rewards patience- as we are drip-fed information about the story we gradually come to understand some of her seemingly random actions, and the final scenes, with a detour for some pretty full-on bedroom gymnastics, pack a powerful emotional punch and a chance for redemption for more than one character- and looking at the lives they have to lead, I reckon they deserve a chance more than most.

I guess if you live in a narrow world it is likely you begin to believe it is the only reality.This is not the only view of Glasgow as much as some may wish to have us believe.

Jackie is a voyeur with an agenda,perhaps that of Andrea Arnold.

After viewing the film I thought what a waste of acting talent,an attempt to show purpose in an aspect of the seamier side of city life.Perhaps the involvement of the BBC was the kiss of death,there are a lot of cctv cameras.

If I was a native I would not consider this entertaining unless I had a certain political agenda.As a viewer it was patronising and at times boring and formulaic. I guess Arnold the Frog and Bafta have a lot in common.

Some of the flats are now used by the YMCA and others for business.

This film hooks you in by using the main character's job (CCTV control room operator) as a viewpoint on the dark side of the city. For a while I had no idea what she was doing and why she was watching certain people but as the story unfolds, you really feel her grief and start to understand what she is trying to do. The film leaves you with a mix of emotions and asks difficult questions of the viewer.