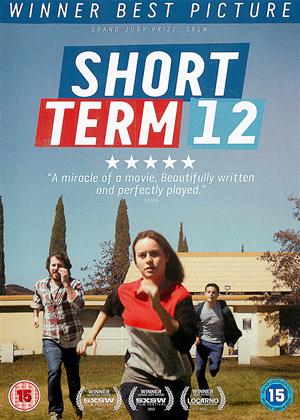 Every year there is at least one film that brings new eyes to a previously taboo topic of discussion for films. This year its Short Term 12 as it looks at the real effects of child abuse and abandonment and the result is one of the best independent films of the year.

The film follows the staff of Short Term 12, including Grace (Brie Larson). Short Term 12 is a short term care facility for children with nowhere else to go while social services sorts out their more permanent living situation. When Grace discovers she is pregnant she begins to relive her past trauma’s as her boyfriend and fellow care worker Mason (John Gallagher Jr) tries to get through to her as she tries to keep her life from interfering with her helping the kids she is in charge of.

The beauty of Short Term 12 isn’t the beautifully written and realistic dialogue. It isn’t even the wonderful performances from Larson, Gallagher Jr and Kaitlyn Dever as Jayden, a defensive yet vibrant new addition to the building. It’s the films ability to take seemingly clichéd ideas and breathe new life into them. When the oldest member of the group Marcus (Keith Stanfield) wallows in self pity as kids cannot stay once they turn 18, writer/director Destin Cretton speaks his fears through a rap song, an inventive and utterly spellbinding piece of music and lyrics that will change even the most cynical person’s view of the art form.

Deeply shocking and personal, Cretton weaves individual stories into a grand tale of children and adults facing a crucible as they try to reach the next stage in their lives, a place where they can put the past behind them. As Jayden and Marcus reach the threshold of this change it forces Grace to face her own past, a tale many of the people at Short Term 12 know but one she is still afraid of.

Larson is unbelievably good and worthy of the awards buzz she has been receiving but the real highlight is Dever who devotes everything to her performance as the broken Jayden, a character you have seen before but never like this, never this real.