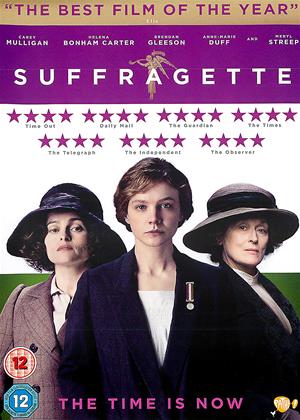 Disgraceful distortion of history - fake news by any other name. - Suffragette review by PV

This film angered me. Why? Well, it tries to convince us all that:

2) that all men were privileged and had always had the vote (not so - most men lived lives of dire poverty and 1 million nearly were about to die in World War I and working men only got a vote in general elections in 1888); 3) That suffragettes were all jolly Cockney working class women - NOT TRUE! Most were upper class women who ALL had badly paid servants, never worked a day in their lives and moreover did NOT want ordinary working class people to have a vote or better working and living conditions.

4) The woman who threw herself under the King's horse in 1912 was utterly selfish as she killed a horse and severely injured a jockey and achieved NOTHING - and historical research has shown her to be a psychotic and mentally ill woman.

5) this film piles on the issues - bad working conditions (mostly endured by MEN in mines etc let's not forget - for women it as an aspiration NOT to work as that made you middle class!), even child abuse (of a nasty cartoon character male villain against a girl of course. That is pure manipulation by the writer - Abi Morgan who has a record of faking history and siding with any woman over men, as in her Thatcher movie. The campaign for votes for women - supported by MANY MILLIONS of men actually! incl churches nationwide - had NOTHING to do with campaigning for better working conditions or against child abuse. This movie disgracefully aims to fold all those issues into each other in a way I found deeply distastefully and wrong.

Now, most people won't know all that. They'll think this film is pure fact and that is dangerous because that makes it PROPGANDA as bad as anything spread by dictatorships.

A good movie is yet to be made about this issue.

The film is well made with good performances, if a little melodramatic in places. I enjoyed watching it but did not find it great or inspiring.