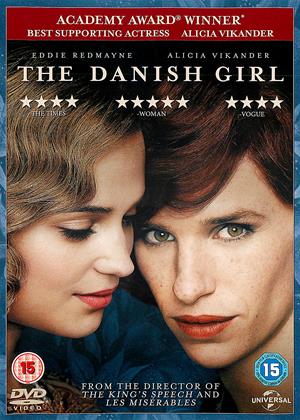 Reviews (3) of The Danish Girl

A difficult watch - The Danish Girl review by MD

This film is by turns intriguing, enlightening and disturbing. Let me say straight away that it is very well made, and beautifully performed, which is why the story - based on real events in the 1920s - comes across in a way that draws you in and informs you about the reality of transgender people.

Ultimately, however, I found it hard to enjoy fully for the simple reason that it is so intimate a portrayal of the emotional and physical changes that the Eddie Redmayne character undergoes you feel like a voyeur intruding on something too personal to be made public.

There were several scenes where I found myself almost not wanting to watch, which is pretty amazing for a non-horror movie, and the whole movie has what I term a "Titanic" feel, i.e. you know exactly what is going to happen, yet you have to sit through all the gory details awaiting the inevitable ending.

I think it deserves 4 stars if judged purely as a piece of film making, but I can only give it 2.5/3 based on my personal reaction.

An Eye opening film - The Danish Girl review by DS

The story is very revealing as to the times and how the acceptance of the transgender people has changed so much, I very much enjoyed the pace of the film and the relationships portrayed, I would have liked the story to be more devoted to the wife's point of view and her strength of character as she carries the film's story so much the balance seemed a little out, to an extent her selflessness made the Danish girl character more eccentric, and self indulgent.

This is a beautifully portrayed film with great acting. The subject matter is sensitively handled which renders it available to a wide audience. It is also totally gripping and historically extremely interesting - although ultimately very sad.

I’d spoken with a few trans men and women about The Danish Girl prior to viewing the film and many were not pleased. Some of the more immediate takes I heard was that of the film adopting outdated means of observation, resorting to the likes of deadnaming and stereotypes of the gender-switch allure. I heard them out and came into the film hoping that these qualms were the familiar criticisms of nickel and diming a film’s cultural aspects that falter for drama. One could argue the deadnaming and sexual provocativeness of the tale is more of the era for such a period piece.

I regret to report, however, that The Danish Girl does carry a bitterness to its staging that in essence throws more mud than it means to. Eddie Redmayne starts the film as painter Einar Wegener, working alongside his artist wife Gerda Wegener (Alicia Vikander). Struggling to finish a female portrait, Gerda has Einar put on women stockings, shoes, and a dress. Here’s where the film starts to lose its credibility. A sudden wave of desire and helplessness washes over Einar in this moment, scarily discovering a thrill of being a woman. Not long after, Einar decides to dabble further into the female look by donning makeup and changing himself into Lili Elbe, who we’ll refer to as such throughout this review.

The process of changing into a woman is not easy at all for Lili Elbe. She is shocked by doctors who believe electricity to the skull will wash away all those female thoughts. She is frightened and tempted when a man comes onto her at a party, sneaking a passionate kiss behind closed doors. She looks at herself nude in the mirror and imagines a natural woman with breasts. Later on, she’ll undergo surgery to become a more physically astute woman.

Where the error lies in telling this story of Lili is that it’s based on a book that never tells the full story, in a rare case where diverging from the book would’ve made the film even more faithful to the true figure. What comes of this is more erotic melodrama than something more poignant. Consider the film’s giddy portrayal of Lili venturing into wardrobes and applying lipstick like a boy invited into a girl’s slumber party for cute makeovers. There’s no doubt a handful of Redmayne fans lingering from his Harry Potter universe role that will gain a giggle from seeing how effective Redmayne looks as a woman.

This is perhaps the most troubling part of the film is that both Redmayne and Vikander are strong in their roles, despite being trapped in such a half-there romantic drama. Vikander, in particular, won an Academy Award for her performance. Redmayne is not too shabby either, but his portrayal of trying to slip into the role of Lili comes off more like a game of dress-up than a true sense of embodying how maddening it must be to inhabit a body one feels is the wrong sex. A better film would find the deeper longing within than write the shift off as that of sexual and frilly allure.

Since the film has a wider appeal as Oscar bait and will probably net some Redmayne and Vikander fans to flock to the performances, there’s a clear bitterness to the influence The Danish Girl will weave. Truthfulness can be somewhat arbitrary with period piece biopics, but I simply can’t shake the impression it’s going to leave on those that aren’t as astute on the trans community. And misinformation such as this I just cannot let slide more as a platform for actors to strut their stuff and tout awards than say anything substantial about trans women.