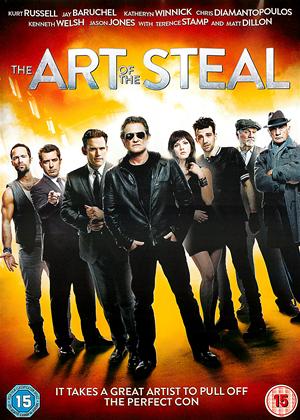 Rent other films like The Art of the Steal

Reviews of The Art of the Steal

The Art of the Steal review by Alyse Garner - Cinema Paradiso

What is really little more than an amalgamation of a variety of other – better – films Art of the Steal tells the story of a bunch of ex-cons brought out of retirement to do one last heist to that will leave them all set for life. With a handful of fun, albeit stereotypical, characters and a few well-chosen actors Art of the Steal should be better than it is but a formulaic plot winds up making it a fairly dull and unimpressive watch.

Kurt Russell plays the aging ex-con who, following a double-cross by his brother, has left prison and is trying to make ends meet working as a trick motorcyclist, when he is approached by his brother Nicky (Matt Dillon) Crunch (Russell) reluctantly takes him up on his offer to make amends with one final heist. But to pull it off successfully the pair know they’ll have to get the old gang back together again. The gang, which consists of Jay Baruchel and Terence Stamp, both of which are given lively and fun roles, and Katheryn Winnick as Lola “the Charm” in the unimaginative role of the mandatory sexy girl, make for an entertaining distraction for a little while but it doesn’t take long before even these colourful characters are not enough to hold your attention.

Whilst watching Art of the Steal I couldn’t help but think of any number of heist films that do it better, as well as several other films with the same aging character returns to prove himself narratives that, by sheer luck of being made earlier, come off as a bit more innovative.

I wouldn’t say the film is dreadful, it’s simply not very special. It will do if you’re looking for something to kill a few hours on a raining Wednesday night but if you want to watch something with better characters and a better plot a wealth of alternatives already exist.