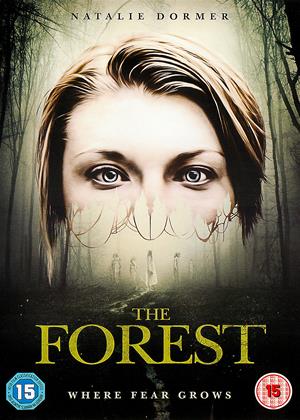 Synopsis:
The legendary real-life Aokigahara Forest, at the base of Mt. Fuji, is the suspense-filled setting of the supernatural horror The Forest. An American woman, Sara, journeys to the forest in search of her twin sister who has mysteriously disappeared. Accompanied by Aiden, Sara enters the forest having been well warned to 'stay on the path.' Fear soon fragments Sara's consciousness but determined to discover the truth about her sister, she has to face the angry and tormented souls of the dead that prey on anyone who dares come near them. Every turn will plunge Sara into a frightening darkness from which she must fight to save herself.
Actors:
Natalie Dormer, Eoin Macken, Stephanie Vogt, Osamu Tanpopo, Yasuo Tobishima, Ibuki Kaneda, Akiko Iwase, Kikuo Ichikawa, Noriko Sakura, Jozef Aoki, Yûho Yamashita, Taylor Kinney, Gen Seto, Terry Diab, Nadja Mazalica, Lidija Antonic, Takako Akashi, Yuriri Naka, Yukiyoshi Ozawa, Nemanja Naumoski
Directors:
Jason Zada
Writers:
Nick Antosca, Sarah Cornwell
Studio:
Icon
Genres:
Horror

Reviews (1) of The Forest

Blond American Sara Price travels to Japan and doesn’t approve of raw fish. Her revulsion at the still moving food on her plate is noted with amusement by a group of giggling Japanese girls. Why can’t everyone eat burgers? Having overcome this initial obstacle, she concentrates on the business in hand. Her twin sister, dark-haired Jess, who has a history of wayward behaviour, has travelled alone to the suicide forest of Aokigahara, and Sara is off to find her.

Considering the twins are played by the same actress (Natalie Dormer), their few scenes together are very well accomplished. As usual for big budget horrors, though, we never really know either of them. Their personalities are reduced to concerned looks and bad dreams.

“Do not leave the path:” Sara is as dismissive of this advice as she is of the locals who merely try to help her. Her arrogance does not endear her. Luckily, however, she meets (or is chatted up by) another American (although we are told he is Australian), Aiden. At last! Someone she considers worth talking to!

With guide Michi (Yukiyoshi Ozawa), Sara finds Jess’s tent, and once more goes against advice given, and stays the night in the forest. This is when some long anticipated frights are hoped for. What we get are a Japanese schoolgirl and three anaemic looking spirits.

The forest itself - actually filmed in Serbia - provides a very impressive backdrop to (the lack of) events. Although Dormer plays her two characters very well, her role is under-written, all efforts instead seem to concentrate on atmosphere or scares – neither of which are particularly effective. ‘The Forest’ is a very dull exercise, where the blandness of direction and characters render it something of a chore.