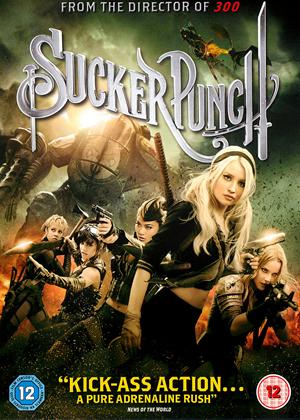 Like most modern films this is about women defeating there evil male oppressors. They even run round with guns (rarely a good thing)

But this isnt a modern film.

All the men maybe bad, but they are just bad people. The film isnt making a point of making me feel worthless (being male).

All the women are good. But they arent invincible.

And 3 of them show John Wick style weapon handling skills- years before John wick. Watching the 3 leads using fire arms is real joy in this film. They are exceptionally good.

There is much more to this film however, its a multi layered fantasy drama thing with some awesome (lots) action thrown in. No doubt a lot of the story went over my head.

This is a brilliant film.

‘Sucker Punch’ is an action adventure fantasy flick directed by Zack Snyder. The film is about a young girl ‘Babydoll’ (Emily Browning) who gets institutionalized by her stepfather. He also bribes an orderly to forge the signature of the asylum’s psychiatrist to perform lobotomy on Babydoll. In order to escape from the institution, Babydoll retreats to a fantasy world to plan her actions.

Visuals are the major advantage for almost all of Snyder’s previous works. This movie is no exception. The stunning visuals are mainly aimed attracting youngsters in their twenties who are mostly video game lovers. Despite the stunning visuals and action sequences, the film suffers due to bad acting, lack of characterization and weak plot. The expression of Emily Browning as Babydoll is not too intense for this kind of an action thriller.

The movie audience may not be able to connect with this movie due to poor characterization. The director should have focused more in story development than on action choreography. In a nutshell, Sucker Punch will be worth watching only if love fantasy action sequences.