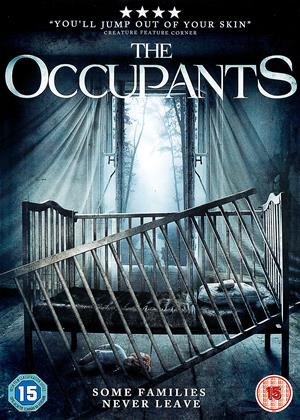 Reviews (2) of The Occupants

Occupants ...get them Out ! - The Occupants review by porky

Mostly Irritating ,but watchable. Is it real or is she Mad, Are they Ghosts or memories ? Is it the House or a person ?

Who ,What ,When and Where and do we really care enough to find out ?

And why ,for goodness sake , is the main character going back time after time to that Creepy ,unattractive Ex boyfriend for help ???

best I can say is ...hmmm ,Whatever . but its not the worst film I've seen this year .

Good, but perhaps too many ideas. - The Occupants review by NP

Lucy (Cristin Milioti) has a new husband Wade (Michael Rady), a new baby and a new house. Luckily, these characters are all appealing and not portrayed as overtly schmaltzy or horny, as often newlyweds are in films like this. These main players are supported by an equally inoffensive bunch – Lucy’s distant sister, her ex-boyfriend therapist (to whom she continually confides) and Christian babysitter. For once, the practice of religion is not used as a mask for repressed villainy, which is a nice change. Equally, the psychic drafted in to explain Lucy’s ghostly apparitions is little more than an entirely useless cameo. It is interesting that the male character seems often to be a focus for spooky malignancy, instead of the female.

Against these refreshing developments is an over-cluttering of ideas, many of which emerge only partially developed. They serve not to spice up a plot that has been attempted before, but to confuse it. The threat once revealed, isn’t terribly menacing, his crimes only thinly sketched. That the characters often speak in hushed tones that are only vaguely audible doesn’t help matters.

So this is ultimately a mixed bag with perhaps too much going on. The perennial threat that ‘the abused becomes the abuser’, Lucy’s dread, is nicely ominous, but a large twist towards the end changes things somewhat. I’ll say no more than that! It is up to the individual as to whether this big reveal works – personally, I liked it. My score is 6 out of 10.