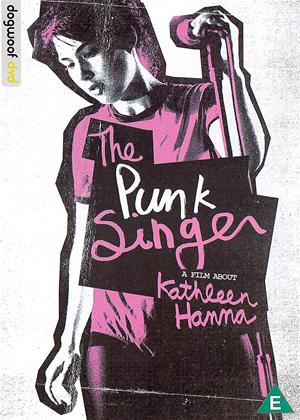 Reviews of The Punk Singer

While I am not the authority on all things punk, in fact as a genre of music I usually try to avoid it, I feel I can say with certainty that The Punk Singer is a gripping and authentic look at the punk scene through the lense of one particular artist and while it may be on the fence when it comes to a point there is plenty to ponder and admire here and it will leave you contemplating why you weren’t a fan in the first place, even if like me you were too young to remember.

The Punk Singer follows the rise of Punk artist Kathleen Hanna, one of the pioneers of the riot grrl generation in the 90s and how her influences changed the way that punk was perceived and how femininity was seen throughout not only the music industry but also America while also reminding viewers of the music that made it all possible.

Despite the title the film is really a glowing endorsement of the mentality of punk itself, a viewpoint from a clear fan who understands the emotions that brought about the music that made a generation. Hanna is a woman who used everything about her to make her music but also to inspire despite the conflict that is clearly visible in her music and performances.

The only real problem is the film feels incomplete, it lacks the complete feel of a documentary as it presents all the facts but never really commits to any kind of point at any point in the film. The life of Hanna is important, heartfelt and dangerous in this version of her story but it never quite feels like the two sided story one would expect.

All in all the film is entertaining thanks to some good music, a character (and i do mean character) you can get behind and an interesting look at feminism but the film lacks commitment and thats what stops it from being truly inspirational in the way it was clearly intended to.