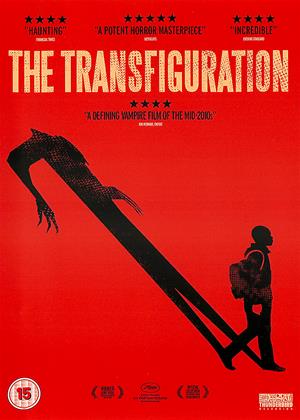 Reviews (2) of The Transfiguration

Fantastic take on the vampire genre - The Transfiguration review by Koppert79

The Transfiguration will be marmite to viewers. In a way thi is the manifestation of the vampire mythology superimposed on American impoverished ghetto culture.

Smart indie flick that stays with you. A gem of independent cinema, many hate it, I thought it was genius

The first thing to say about this movie is that it has a MASSIVE plot hole. No spoilers, just 2 words to ponder: "DNA TESTING".

But if you can look beyond that, this is a slow but clever movie, not a horror really more a psychological case study which is what made it interesting.

I appreciate inter-racial relationships are still deeply controversial in the USA, way more than the UK; and also the US has 12 or 13% blacks who have lived there for centuries; the UK has 4% blacks mostly here from 1950s on (16% total ethnic but half that is south Asian, 1% Chinese, the rest Mixed Race etc). I get very annoyed when Brits and diversity campaigners demand more black faces on screen because, well, they're now over-represented! Remember, the UK is only 4% black as a whole.

Anyway, this is a neat little film, showing the awful ghetto culture of the largely black projects in the USA - this time New York; it was Baltimore in The Wire. More a TV film than a cinematic movie.

The ending is unnecessary - the film could and should have ended sooner.

But that DNA TESTING plot hole really niggles. So 3 stars.