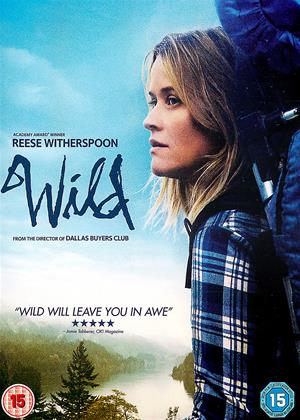 A journey worth going on - Wild review by CM

It is a testament to how much I enjoyed Wild, that after watching it I found myself wanting to read the book on which it is based and wanting to hike the Pacific Crest Trail. (One of those is more likely to happen than the other). The film tells the story of Cheryl Strayed's attempt to hike part of the PCT following the premature death of her mother from cancer and her subsequent 'wild' behaviour featuring promiscuity and hard drug use. The film follows Strayed during the course of the hike whilst using flashbacks to describe the events that led to her decision to start it.

The idea of a character making both physical and psychological journeys, or of a journey being redemptive, is not new of course but is none the less valid for that. It is also true that the pace of the film is often quite slow, but that pace seemed appropriate for a journey taken on foot. The film is not one of dramatic dénouements. It is nonetheless a film that succeeded in drawing me in to the character's journey (in both senses of the word) and giving me a sense of quiet satisfaction and of time well spent by the time it reached it's conclusion.

This is a stunning looking film and great that it brought one woman's true (and I'm sure) very well written troubled story to the big screen. However, it does labour the 'points' a little too much and some of the supporting cast are just plain irritating!...

This is one irritating film. Reese Witherspoon sets out to hike the Pacific Crest Trail without even having practised setting up a tent. She’s meant to be ignorant, but surely no-one’s THAT stupid? Any bona fide hiker will find her a cringeworthy screen presence.

Storywise, the film is fatally hampered by incessant flashbacks to her druggy backstory. It’s all based on a true story, and one wishes our real-life heroine well, but it makes for dismal viewing. What is intended to turn the film into a spiritual journey of female empowerment merely turns it into a borefest.

The film doesn’t even capture the magnificent scenery of the PCT because the filmmakers weren’t allowed to film the most jaw-dropping sections. Pedestrian (sic) direction doesn’t help. A Walk in the Woods, about Bill Bryson’s attempt to walk the Appalachian Trail, captures the joys of hiking the American wilderness much better. In A Walk in the Woods everything is an adventure. In Wild everything is an irritating obstacle to be overcome. American critics loved it. They need to get out more.