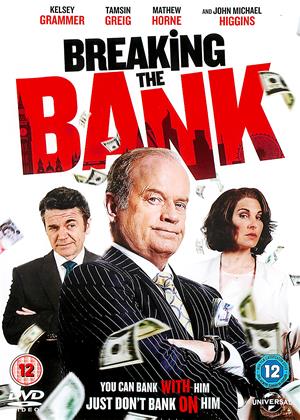 Reviews (1) of Breaking the Bank

This film is so-so, obviously a vehicle for US TV star Kelsey Grammer to do his bumbling Englishman act.

I note there is 'additional writing' credited, and that the producer is also the writer. The number of old jokes and lifted lines I heard was too many to count in the end - I suspect the writers used a book of quotes when cobbling this one together!

It's all a fantasy, utterly unrealistic, a wish fulfilment film really, as fantastical as Jurassic Park or Big.

And it has such stereotypes of English upper class people they could even be called racist. But then this movie was made for a US and international audience, NOT a British one, and foreign audiences love to think all Brits live in mansions and know the Queen!

The French director may also like to know that in Britain we have no 'Main Street' - as have the high street!

This movie is the definition of 'meh'. Not awful. Not dreadful. Just....well...MEH!

Wanna watch a great movie on the financial crisis? That's 'Margin Call'. Not this.

3 stars. JUST. It was going to be 2 but I liked the dog and the tramp, and also spotting places I know in London. There's also a joke about Nelson Mandela that made me laugh out loud!