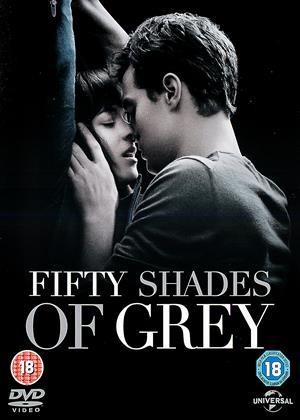 Reviews (5) of Fifty Shades of Grey

Cannot believe how utterly dismal this film was, from the really bad acting to the very lame sex scenes, what a waste of my time!

Do not bother wasting your time with this really bad film!!

After having read all of the books the film was a disappointment it was disjointed with no flow to it and didnt really capture the story. THE Male lead whilst good in other roles was not suited to this and appeared to be more of stalker. Whilst it is impossible to fit in every detail from the first book the film as awhole was a let down.

Saw this with the misses as I really wanted to see what the fuss was all about and to see if it really is that bad. It is.

What surprised me the most was not the absolute drivel of a plot or a absurd nature of the script but just how damn boring the whole thing was. Really it is quite dull. I yawned 3 times in the closing hour. Even the misses who at first was all giggly and laughing at the screen for the first half hour was utterly silent and turned off in the second half when it went all S&M and bondage crap. It was not even kinky. We just watched some rich dude gently beat some pretty upper middle class white virgin in her early 20s (but who looked like 26). So this was what middle aged woman crave ?. This is the best that they want ?. This and Strictly I suppose.

The whole aspect of it was utterly unrealistic. We have a billionaire playboy who does zero work (it would be nice to put some background story of how he made his millions - nope.)

We have a sub plot about some Mexican dude who also fancies the virgin 20 year old but that sub plot went nowhere. In his second scene he makes a pass to the girl and then he got whacked by the billionaire and then went off sulking some where never to be seen again. You would thought some sort of dramatic scene would take place, like a stand off, but again - nope. So sub plot was not even a plot. It was really just 2 scenes that served....well nothing really. Just scenes. To waste time.

This billionaire then wants this 20 year old virgin to sign a contract so that he can do a bit of S&M on her. She falls in love (maybe because he is her first and you know the first cut is the deepest) and cannot understand why he is so fucked up. He does not want to tell. She walks out. That is it. That is the film. It just ends. Not with a cliff hanger but her just leaving....on a billionaire...who lightly slapped her...oh yeah and spanked her a little. So a 20 year old colleague student, who works in a shop, walks out on a billionaire who buys her things, like first editions, a laptop and really expensive car because he spanked her bottom 6 times. She walked out on a billionaire because he would not "respect her". Did we (the audience) care. Nope. No 2 f***s were given.

Everybody in this film was thin, good looking and either rich or very well off. Like everyone. Even the butler. And all the extras. All the people in the nightclub - they were good looking. All the colleague students - yep they were pretty as well. Everyone was good looking. It went beyond Hollyoaks, it was like watching a world where eulogy succeeded.

If it can awarded zero it would get that but since 1 is the lowest star, it will get a 1 only because I got to see Dakota Johnson's bum, and that, at least will make up somewhat for the wasted evening.

I can see why the book was a hit on the Kindle, to save the embarrassment of someone admitting they have read this absolute garbage.

it seems that the film-makers were so petrified of making any kind of suggestion that a lady may enjoy any of the (mainly fairly tame) activities referenced by the subject matter, that they instead decided to portray the female character as a materialistic strumpet wooed by helicopter rides and the promise of a meal out once a week. the ending is terrible - but you still feel thankful for reaching it. it comes across mainly as the work of an imbecile.

Not engaging - Fifty Shades of Grey review by TJ

I watched this film after persuasion from my partner who assured me it was actually worth watching. I would suggest that unless you've read the book you'd struggle to follow the narrative because their just isn't, we'll one that follows the premise and rules set up at the beginning of the film.

Not engaging avoid unless you loved the book

Passionate sex is a difficult element to add to any film. It needs to have that certain amount of allure and eroticism to not only appear titillating, but speak volumes of a relationship through physical acts of love. Fifty Shades of Grey, a vehicle which was specifically built for an erotic relationship, is lifeless in its depiction. It’s a cold and manufactured exercise in its infantile attempts to be kinky. The scenario of sexual dominance does not evoke passion, romance or even disgust. All you feel is boredom for characters that seem to just go through the motions of this rather trashy tale.

It appears as little more than the shallow fantasy of young adult women seeking a steamy thrill. Dakota Johnson plays 21-year-old Ana Steele, an undergraduate who finds herself interviewing the wealthy entrepreneur Christian Grey (Jamie Dornan). Stumbling into his swanky office, Ana finds herself shyly smitten by the mogul asking him childishly if he’s gay while she bites a pencil in her mouth. The muted Grey appears slightly interested in her based on the close-ups of his hands tightening their grip on his desk. The two later have an encounter at the hardware store Ana works at where Mr. Grey drops in for some cables and duct tape. What would a successful man living in the ritziest of high-rises be purchasing such items for? All the female readers in the audience giggle as they know the answer.

After rescuing her from a drunken night of potentially bad mistakes and showering her with gifts, Grey decides that he needs to have Ana. But rather than classically woo her into his arms, he proposes a contract of sexual submission. Nothing says romance than a contract negotiation of the dos-and-don’ts for which sexual acts are acceptable. It’s even more comical with some of the worst dialogue layered over the scenes that make you wonder just how much of this is satire (“What are butt plugs?”).

After she refuses to sign just yet, the sexual activities begin anyway. Ana is bent over and smacked on the butt. Ana is tied to the bed as Grey ravishes her. Ana is bound and blindfolded as Grey whisks a peacock feather gently across her skin in addition to whipping her with a riding crop. Not only are these scenes so banal since there is nothing all that engaging about the characters, but they’re tiresomely shot and edited by the old code for softcore pornography. Director Sam Taylor-Johnson chooses to tease the audience by delivering these encounters in series of close-ups around nipples and pubic hair. She also plasters these moments with a soundtrack of slow pop that if it were an album would be labeled “MTV’s Now That’s What I Call Love-Making Music.” I’m surprised Taylor-Johnson didn’t go ultra cliche by inserting smooth jazz as well.

There isn’t much else to the plot as it switches back and forth between moments of extra silly melodrama and meaningless acts of “pleasure” in the bedroom. Grey takes Ana to an awkward family dinner then spanks her later for saying the wrong things. Grey takes Ana on a ride with his aircraft and later whips her with a crop. There’s no emotional flow between these sequences; one just proceeds after the other in a tiresome order. Whatever happened to a sense of true sexual passion in cinema? Is it impossible now to have that level of eroticism on the level of Fatal Attraction or Last Tango in Paris? These physical acts of romance just carry nothing: no stunning moments of ecstasy, no meeting of the minds and no chemistry between the two.

If all the film aims to deliver is sex and the sex is so bland in its presentation without any soul, just what is the point of this film? Sam Taylor-Johnson seriously dropped the ball when she could’ve taken a trashy bit of a pornographic reading and made it so much more. It’s not that Dakota Johnson or Jamie Dornan are particularly terrible actors either. They seem to hold their own, but only about as much anyone could with such laughable material.

Fifty Shades of Grey is less of an aphrodisiac and more of a sleeping pill. Rather than approach its subject matter with an adult mentality, it spews a dirty word and childishly pulls back into the comfort of the dreary. The film never really delivers on any edgy imagery or deeper moments of romance. It’s practically afraid of sex in how it believes that slipping in a nipple here and a butt crack there is considered naughty. There are raunchy sex comedies that have done a better job at showcasing sex scenes of real love. I can only hope that the intended audience for this type of film will soon grow up and graduate to more mature and emotional erotic films. Or just discover pornography.