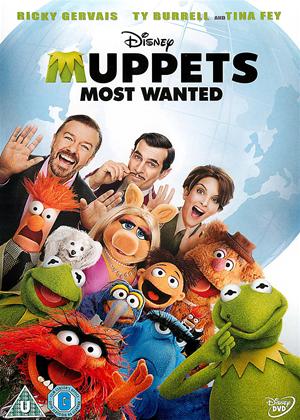 Reviews of Muppets Most Wanted

While I was an avid fan of the Muppets growing up I left disappointed and slightly cheated when I went to see the first feature in this series of reboots and while The Muppets Christmas Carol and Treasure Island are some wonderfully creative features the latest tales have been messy and overly childish. Most Wanted is an improvement on the previous outing but it still doesn’t live up to what came before.

The film follows the titular gang of characters along with a few much needed human companions as they are forced to travel across the world to prove Kermit the Frog’s innocence when a thief who looks exactly like Kermit begins robbing places all over the world. With the help of an Interpol agent and a few other people along the way the Muppets must face this criminal and prove once and for all that not all Muppets are bad.

While the jokes feel funnier and are flung out much more frequently than the last film there is also a sense of childish nonsense to the whole affair. The plot is completely idiotic and full of plot holes but if you can’t suspend disbelief for a Muppets film then maybe you shouldn’t be watching a Muppets film. The whole film is crafted around the jokes and not the story and while it makes the jokes more relevant and entertaining it also leaves a story that really hasn’t had any time devoted to it.

While you won’t have a bad time watching Kermit, Ms Piggy and co travel the world and it works wonderfully as a kids film there is very little that brings it all together into an adult friendly picture. The tale is weak, the characters don’t feel like themselves and the additions of actors like Ricky Gervais and Tina Fey doesn’t help proceedings, instead it provides much more camp comedy than needed, something that sunk the first film and almost ruins this one too