Rent Paranormal Activity: The Marked Ones (2014) 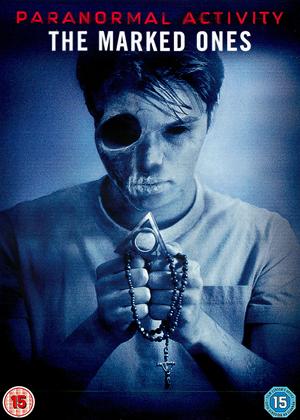 Rent other films like Paranormal Activity: The Marked Ones

Reviews (1) of Paranormal Activity: The Marked Ones

they get worse - Paranormal Activity: The Marked Ones review by gazmb

I think they have done to many of these now , they get worse with every film they make. The first couple were good this is dreadful.

I wouldn't waste a rental on this film.

Ever since its inception the Paranormal Activity series has been a clever series of low budget features that took advantage of classic horror tropes to create an incredible sense of tension. However in recent years the series has started to show its age. It has become played out as The Marked Ones uses the same tricks and styles to produce the same results expecting a different outcome. The good news is they indeed managed a different outcome, however the problem is there doesn’t appear to be any improvement.

The film follows a group of close friends who come together to solve the strange occurances that are happening when their friend Jesse (Andrew Jacobs) is myseriously bitten and begins to cause strange accidents wherever he goes. While the events start out small they decide to film what is happening so that they can prove what is going on and as things get progressively worse they realise that something might not be right with Jesse and that they may be in more danger than they first thought.

While this version of the series isn’t restricted to one building or one place like many of the series previous features, it doesn’t take advantage of this new style. The added freedom adds little to the found footage style as the same stylistic choices are made by director Christopher B Landon. The unique style has been lost over time and The Marked Ones never really feels like a Paranormal film because of it. Instead it resembles last years The Conjuring, a film with a seemingly original take on the ghost story that devolves into played out trickery and immature family dynamics.

While the film is tense and keeps you guessing about the true nature of the horror these characters are facing it doesn’t make you wonder how things are going to end up, that is a foregone conclusion from the start. The film creates tension around the events but never about the story and that leaves the ending as a predictable mess of unfortunate rehashes from previous instalments making The Marked Ones just another disappointing horror follow up that never quite gets the point of the impressive film that started all this off.