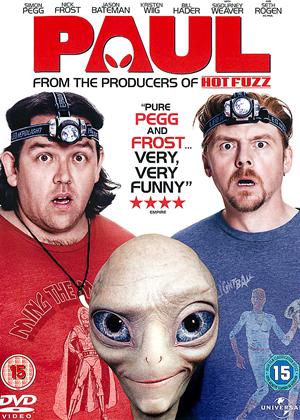 Paul is the most recent offering from director Greg Mottola and funny British duo Simon Pegg and Nick Frost. Many will know the acting pair from British comedy’s Spaced or Shaun of the Dead and will therefore expect their occasionally peculiar and always passionate homage to all things “geek”. Paul is no different.

The film tells the story of an alien stranded on Earth, who enlists the help of a pair of somewhat hapless Brits on a grand sci-fi tour of the States, to help get him back home. Of course the pair’s encounter with Paul both shatters all their pre-conceived ideas of space and extra terrestrials, as well as getting them into all sorts of trouble with women, each other and the law.

Thanks to the writing skills of this quirky little group the script is both sarcastic and funny, with a definite British-ness about it. Admittedly, I couldn’t help but wonder if the choice to cast Seth Rogan was partly just to entice an American audience, but his very recognisable voice gives a real twist to the traditional E.T. image.

The film is also filled with a veritable host of sci-fi actors and references, innumerable Star Wars quotes appear in the script, whilst huge sci-fi stars, such as Sigourney Weaver, crop up in the cast. For a real sci-fi fan this Universal offering is pretty mouth watering.

For the rest of us however, the film is perfectly adequate albeit a little forgetable. Despite not once checking my watch, I struggled to recall the film soon after leaving the theatre.

This is not necessarily a bad thing, the script, performances, animation and plot are all perfectly acceptable and you get the impression Pegg, Frost and Wright had a hell of a time making the thing. But unless you’re in on the joke the film is a little self-indulgent. I would certainly recommend this film if you’ve seen the Star Wars films and have nothing better to do on a Friday night, but your life will not be incomplete if you do happen to miss it.