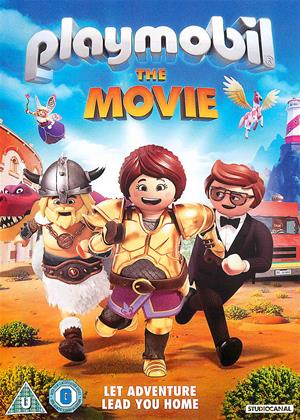 Reviews (1) of Playmobil: The Movie

This wanted to follow in the success of Lego Movie but sadly falls flat on its face.

Lego movie was funny with enough to entertain kids and adults alike.

This film is so bland and it seems failed to entertain either ages.

I am tired and I don’t want to hate the Playmobil movie. My expectations were low. Way low. My initial perceptions were that this would be a LEGO Movie knock-off for the much younger crowd. That could be good. Those preschoolers could use a good movie to be their first theater experience and why not Playmobil: The Movie. I was hoping this would be the case. But then the warning signs popped up. The studio did not supply us critics with a screener. Usually a bad omen. And so I caught the film on a Friday morning, alone in a theater watching a movie debuting for kids. Having been in this spot before, this was a miserable experience.

This is certainly not a film for young kids. Consider the first few scenes. We’re introduced to the teenager Marla and the 6-year-old Charlie. They’re brother and sister and play together well. Marla is hoping to leave home soon to explore the world before going to college. There’s a knock on the door. It’s the cops. They inform the kids that mom and dad were killed in a car crash. Why would the film do such a thing? Why start off the Playmobil movie with death most tragic?

The answer is born from a committee. In order for a film to be about kids being the heroes, the parents must step aside. This doesn’t mean you have to kill them though. Killing off the parents is one of the laziest ways to get them out of the picture. Even lazier is the excuse to transport Marla and Charlie to the animated Playmobil universe to recapture their sense of adventure. The answer is a lighthouse. Wait, how does the lighthouse transport them? Magic. Just magic. Do not question it. Give up all questioning at this point. There’s no point in questioning why Charlie is turned into a Viking Playmobil while Marla is merely a Playmobil version of herself in reality.

What follows is a boring and generic adventure of Marla trying to save Charlie and solving the mystery of missing Playmobil figures. Some villain is behind this scheme and Marla ends up teaming up with the secret agent Rex Dasher (Daniel Radcliffe). He’s supposed to be a James Bond knock-off. Marla will also team up with Del (Jim Gaffigan), a food truck employee. He’s a Big Lebowski knock-off. More knock-offs follow as genres blend of worlds of fairies, Vikings, and cowboys. No cleverness to the gags. No memorable musical numbers. Nothing that is making me regret going to the theater so early.

It’s become easy to hate on such a picture. Those who saw the film hated it. The box office reflected one of the biggest box office bombs in history. This film is a disaster and marks the second animated film this year from STX trying to ape off the success of LEGO’s cinematic expansion. Oh, speaking of toys, remember The LEGO Movie 2 from this earlier this year? Remember how that film actually touched on real character and emotion rather than just being a mash of genres and generic themes?

Some people relish seeing bad movies and I’d be remissed if I didn’t say there’s a certain glee I get from films like Gemini Man and Serenity falling flat on their face. But what was this film trying to be anyway? It seemed it was meant for kids but they got lost along the way. Do kids really dig that much pathos in a movie about toys? Maybe they do. Is there a Playmobil nightclub set like the one in the movie? Perhaps there is. I’m not sure. I’m too tired to try to properly decipher why Playmobil: The Movie ended up the way it did. Just watch The LEGO Movie with your kids for the 20th time. This film is not worth the headache and the tears that may result within the first few minutes of your young ones. How I hate being THAT guy who has to inform you of this film being a bad kids movie.