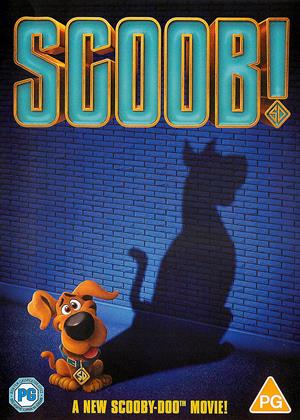 Quite fun - Scoob! review by TH

I've been a big scooby doo fan since I was little and have to admit I was expecting this to be really bad.

It was actually not too bad. It's more of a blue falcon film with the mystery inc gang joining them on an adventure so dont expect any solving ghost crimes.

The animation is average and the new voice actors do a decent job however does make you miss the original shaggy voice.

Cameos from other Hanna and Barbara creation like captain caveman and Dick Dystarty and Mutley are fun but does make you itch to watch a classic episode of scooby doo.

Wonder if Flinstones or Jetsons may be next.

disappointed as a great scooby doo fan not scrappy thought that was pathetic, very childish and i used to watch as a child. not a good story line and was bored

It’s a strange sensation to think about how Scooby-Doo has been a constant of the Hanna Barbera cartoon library for over fifty years. How a goofy collective a mystery-solving youngsters with their talking dog have remained relevant has remained a challenge with the dated nature of Shaggy and the groovy style of the Mystery Machine van. Yet Scooby remains one of the most iconic figures of the library as it adapts with the times. That’s sadly the reason why we have a Scooby-Doo theatrical animated film now. It’s not relevant for what the show was, but how the franchises seat itself neatly into the safe and cozy comfort of by-the-numbers animated movie mania.

Now changing up Scooby to be more modern is not inherently the problem here. Trying to make the mystery-solving team more relevant, there are some interesting choices in bringing the characters together. We witness the origins of how the lonely boy Shaggy met the abandoned pup Scooby. They become best friends and soon make allies with the likes of Fred, Daphne, and Velma when stumbling into a supposed haunted house. They unearth the mystery of the fake ghost and quickly decide this is their calling.

One well-animated remake of the original TV show opening later, we catch up with the Mystery Machine team at a crossroads in their career. Unsure of how to raise funds for their operation and van, they try to make the tough call of where to cut corners. This brings in the obligatory on-model celebrity insertion of Simon Cowell, playing himself, literally suggesting friendship doesn’t save the day. Of course, being an animated feature of slapstick and silliness, it’s a sure bet friendship will pull through. However, to hear that challenge offered up by Simon Cowell is just surreal, making him more of a secret villain.

The more obvious villain is Dick Dastardly, his Wacky Racer days behind him as he seeks a fortune of ancient civilizations. The only person who it seems can stop him and his army of evil/cute robots is the superhero, Blue Falcon. Well, the Blue Falcon’s son who takes on the role and the reluctant robot dog Dynomutt the Dog Wonder. Even when armed with the more astute pilot of Dee Dee Sykes (anybody remembers Teen Angels?), he’ll need some help and Scooby and the gang may be just what needs. In fact, he’s exactly what they need as the film whips up more farcical reasoning for Scooby not just being an essential hero but fulfilling his destiny.

Scoob comes branded with all the typical and tired bells and whistles of the lukewarm animated outing. There are the usual bouts of slapstick most manic, delivered with numerous references that I can only imagine cartoon nerds will get giddy out, as I highly doubt most kids will smile at a Hong Kong Fooey easter egg or a cameo by Captain Caveman. The themes are broad and bunch up so we can’t feel too much for the faltering friendship of Shaggy and Scooby or that intimate relationship Fred has with his van. Even the emotional loss of Dastardly seeking his old friend Muttly carries so little weight with so much other craziness going on, capped off with a musical dance climax one hates to predict.

Despite some mildly amusing quips and a handful of well-animated sequences, Scoob comes off as little more than one of the myriads of direct-to-video Scooby-Doo movies that keep updating with the times. To its credit, one has to admire how easy enough the format is to remold, placing the characters in the template bore from Hotel Transylvania and Despicable Me with such ease. The good news with such a film is that Scooby-Doo continues to live on. How it will live, however, is more by survival camouflage than being characters who stand the test of time without the need for a pop song or low-key reference.