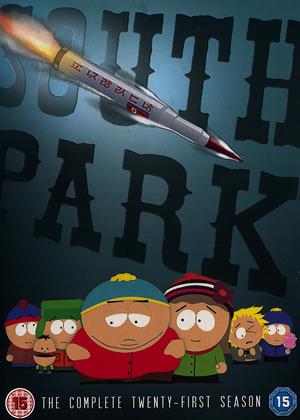 There’s a lethargic nature to how the 21st season of South Park goes about it’s character development. By far the most pronounced plot throughout the season is Cartman trying to break off his romantic relationship because let’s face it, it would never last. The rest of the boys may have been shocked by this development but I was shocked that the show had the nerve to introduce this element, let it linger, then status-quo it for the sake of keeping Cartman the racist/sexist satire figure. But what’s perhaps more shocking is how low-hanging the humor dangles for easy and predictable gags.

Some of the bits even feel dated, showing the age of its creators all the more. The opening episode, White People Renovating Houses, probably would’ve hit harder five years ago than it does in 2017. There’s a questioning of the relationship between side characters of Craig and Tweak which is an episode that literally takes in fanservice for how much of a story can be reaped from the material of shipping characters together. Some throwback edginess is present as in the weirdly racial-touching episode of Randy finding out he’s part Native American, leading to him unwittingly kissing a Native American man aroused by his actions.

Pop culture aspects often merge with mild commentary, as in the episode Franchise Prequel where superhero films and social media smearing clash for slick, surface-level satire. More comedy of errors abound in Hummels & Heroin and an obvious witch-hunt parallel is pushed into a Halloween episode. There are some mildly intriguing aspects of confrontation as in an episode where Kyle confronts Cartman about trying to dodge and deceive his girlfriend but there’s more than the tension we most likely assume will be defused by season’s end.

Though I must admit the second half is far superior considering some risks are taken with developing the one-note character of PC Principal, even if it’s only expounding on his commentary of liberalism. I suppose he balances out the satirical approach of Cartman’s more conservative leanings. And I must be honest that I did get a laugh out of an episode that savages the NFL practices with no clear answer to player safety, coming close to making a more fiery take on the nature of a fledgling empire.

The whole season ends, however, on a bit of a dud with mocking President Trump in the form of President Garrison carried over from the previous season. It’s not that the show is bad for mocking Trump but rather the opposite. It’s comedy too timid considering it falls back on what most comedians have done by pulling back as the Trump administration is a mockery of itself. Thus, South Park acknowledges the absurdity of Trump but offers nothing clever. Then again, this is more or less what the crowd of South Park has come to expect by this point in the series.

South Park continues the same game it’s been at for at least 15 years but to a tiring degree. Their satire remains on the broad base of surface-level puns slathered in stoner goofs of politically incorrect concoctions. As a result, it comes off less like the insightful social commentary program it was and more like an issue of MAD Magazine, lingering on a self-aware kick of diminishing returns.