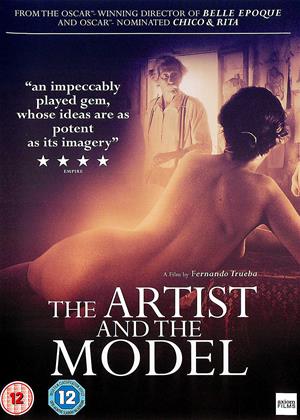 Rent other films like The Artist and the Model

Reviews of The Artist and the Model

Spanish director Fernando Trueba follows up his charming animated Chico and Rita (2010) with this strikingly different black and white piece about the pleasures of art and patience.

Set during the Second World War the film follows sculptor Marc Cros (Jean Rochefort) who, meandering through old age and towards death, feels as though he has lost his artistry and inspiration, until a young woman (figuratively of course) falls into his lap.

The film may be thought of by some as slow; it’s unhurried pace and the close, almost intimate, attention paid to the smallest of details, keeps the audience anchored firmly in the moment. This is not a film fuelled by action or even by philosophical debate; this film is an exploration of art and physicality; not just of our model but of the artist himself.

Though there are more elements to the narrative beyond the brief sketch given above these are rather inconsequential, what one is most aware of whilst watching the Artist and the Model is the experience of doing so, the experience of watching art as it depicts the creation of art and how art in and of itself captures beautiful and individual moments of experience and creation.

Unfortunately the depth of the film is a somewhat undermined by the almost frigid economy of the cinematography; scenes that should have evoked beautiful simplicity instead appear under utilized, where sparse lighting should evoke crystalline minimalism it instead dispels depth and mystery by creating stark contrasts between shadow and light.

The acting in the film is excellent, though none of the characters leave a particular impression; Cros himself is a little arrogant, whilst the model, Mercé (Aida Folch) remains throughout as somewhat of a mystery, a beautiful object to behold but whose contents are not only unknown but rather unimportant. There is nothing sexual about the relationship that develops between these two characters, despite the objective depiction of Mercé’s female form; their connection is more akin to that of a teacher and a student, a scholar and a laymen, an artist and his muse. Only one need understand and see the depth in the other, yet they would find themselves lacking all meaning were they to be separated.