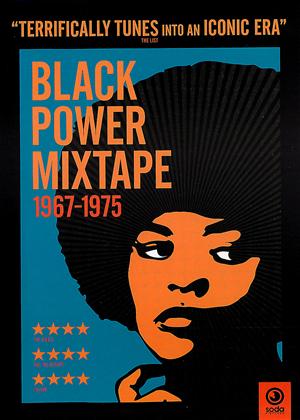 During the Black Power movement in the late 60’s and early 70’s, the US media had a moratorium on airing anything about the militancy and the violence that resulted from the radical group’s activities. Hence, footage of the movement and its leaders/members are a rarity. Fortunately, the Swedes and Swedish TV wanted to document the ‘real’ America at the time specifically when Black Power was in effect; thank goodness they used their cameras. Director Göran Olsson compiled and made a docu-collage of the various interviews and reels of the movement and out came ‘The Black Power Mixtape: 1967-1975’.

To give the documentary a more contemporary feel, musicians such as Questlove, Erykah Badu, and Talib Kweli are asked to give commentary on the Black Power movement, on how it influenced their formation as persons and as musicians. Stalwarts Stokely Carmichael, Huey P. Newton, and Angela Davis, a few of the famous and infamous faces that became the poster kids for black civil rights proliferate. They are the anti-thesis to the non-violent ideology of Martin Luther King and Malcolm X. To the Black Power movement, they would rather ‘pick up a gun’.

Because of Sweden’s interest in the movement and giving a sympathetic view of the Black Panthers, TV Guide magazine wrote a scathing editorial on them. However the criticism, the Swedes kept at it.

Case in point: Stokely Carmichael. As the foremost promoter of the movement, Carmichael was loud, abrasive, and confrontational. But as he interviews his own mother Mable, you see his softer side as he shares an unassuming tender moment. Then the behind-bars one-on-one with Angela Davis and a gaggle of residents of Harlem and Brooklyn, New York, and Oakland, California – where the Panthers started out – are also solicited of their honest opinions.

‘The Black Power Mixtape’ also sheds light on the movement’s failure to launch. With in-fighting, drug use, and crimes amongst its participants, it proved to make a dent but ultimately not change.