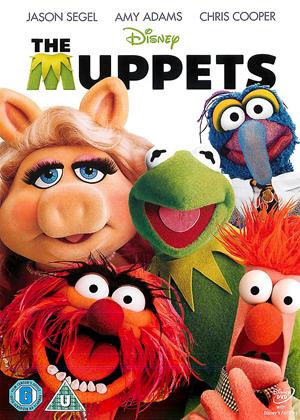 Reviews of The Muppets

Jim Henson’s Muppets were last seen in a movie in 1999 titled ‘Muppets from Space’, and from there on, they have become afterthoughts. Sure, there were TV specials, commercials, print ads, and merchandise in abundance, but it took another 12 years to produce a movie starring Kermit the Frog, Miss Piggy, and company. In 2011, ‘The Muppets’ have re-emerged, this time making sure that they will stay in the minds of viewers forever. Let’s hope.

Actor Jason Segel co-writes ‘The Muppets’ with its director Nicholas Stoller, and as Muppets die-hard fans, they’ve placed them back at the forefront for its now adult fans and introducing their children to these furry, fuzzy creatures. Are they successful? What’s in ‘The Muppets’ that could draw old and young people alike?

The story of ‘The Muppets’ does address the foam-and-felt creatures’ ‘relevance’ to this generation. They are showbiz pros, they had a TV show, but their heyday has gone, and so is their Muppet Theater if they don’t come up with $10 million dollars. Or else an oil tycoon (played pitch-perfectly by Chris Cooper) will destroy it and drill into it for all its worth. In come Gary (Segel), his Muppet brother Walter (Paul Linz), and his girlfriend Mary (Amy Adams) of Smalltown, USA to save the day. Gary and Walter adore the Muppets and they’ll do anything to have them back together and do an epic show.

A Muppet production isn’t complete with musical numbers, and with Bret McKenzie (one-half of ‘Flight of the Conchords’) supervising its original music, the songs are happy, funny, and totally Muppet-y. For nostalgia buffs, there’s a new rendition of Kermit’s hit song ‘Rainbow Connection’. ‘The Muppets’ movie knows that Kermit and company are old-timers in showbiz, but they do want to school us on why they will always be relevant. Yes, Jim Henson has died and Frank Oz (formerly Miss Piggy and Fozzie Bear’s voices) chose not to have a hand in ‘The Muppets’, they are sorely missed, but it results in the spirit, wit, and humor of what the Muppets are all about.