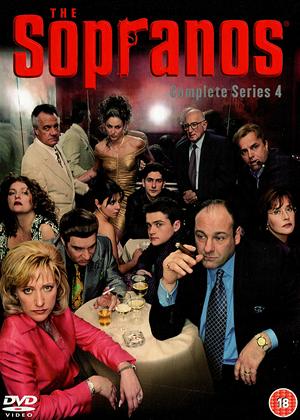 Reviews (1) of The Sopranos: Series 4

Yet more compelling TV. You know, I think I'm getting addicted to these US TV series - this one has 13 episodes of around an hour each (53 - 72 minutes or so) and I managed to watch them all in 3 sittings. That's a heck of a lot of TV - it needs to be good to hold the viewer's attention over that length of time - and it is.

I found this season an improvement over season 3, perhaps because there was less emphasis on therapy, less on Tony's children and more on the adults and adult themes. Yes, there are many family details thrown in, but there is no doubt that Tony Soprano is a ruthless mobster with a violent temper - and there is a little bit of blood and gore thrown in for good measure with scenes of dismemberment and a burial in which he gets to show off his JCB driving skills.

This time round the FBI seem to be closing in, Adriana gets a 'new best friend' who is an agent, Chris has to go into rehab after his heroin problem becomes serious, Uncle Junior is in court, Ralph gets his comeuppance - and last but by no means least, Carmela is seriously angered by Tony's extramarital activities.