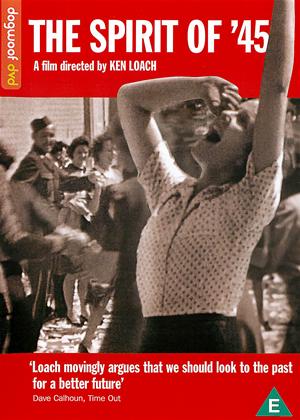 I found this film unexpectedly moving. It's a documentary film directed by Ken Loach that tells a (quite partial) social history of Britain focussing on achievements of the post-war Atlee government and its creation of the NHS, the nationalisation of industries left rudderless after the war effort, and a major house building programme. It then contrasts this with the incoming Thatcher government in 1979, seen as a marker for the end of the political post-war consensus, followed by the dismantling of much of the welfare state.

The film is told through interviews and personal accounts and without commentary and I found it both powerful and moving. Ken Loach is well known as being 'on the left' and his films often have a clear socio-political message, usually to the effect that the working man is a victim of 'the system' - and this is no exception.

Clearly the world has moved on from the post-war years but much of the privatisation of the once-nationalised industries is rightly regarded as a bit of a mixed bag and with some suspicion, from the now even more heavily subsidised railway operators, the partial privatisation of the NHS with the increased inefficiency of a silly 'internal market', through to what is perhaps most disastrous of all: the complete lack of any coherent future energy planning - not everything can be left to 'the market'.

This is a film that bears the stamp of the director's political viewpoint. What it does attempt to do - and I think it succeeds - is to put the point that we achieve more by consensus and working together than we do by our own individual efforts.

The film is a timely reminder of what we once had and how the country has changed - and not necessarily for the better. 4/5 stars. Highly recommended.