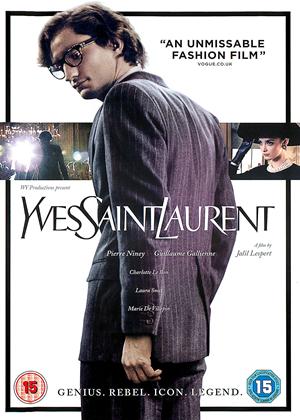 A disappointing biopic - Yves Saint Laurent review by BE

The movie covers only part of the life of Yves Saint Laurent, going from a shy individual to being dependent on drugs and alcohol. His fashion designs are shown to great effect but the movie itself is disappointingly bland. He surely could not have been the shallow individual depicted in this movie.

If this was meant as a hatchet job, it succeeds. If it was meant as a warts and all biopic, the warts are all we see. Saint-Laurent comes across as a weak-willed, ugly-natured man in spite of his creativity.

Being head designer of Dior, told he's a genius, at 21, cannot have done much for his character, yet he always blamed the mental problems and drug addictions he had stemmed from a short incarceration at a military hospital, where he received treatment for manic depression, after being declared unfit for draft duty in Algeria. Electric shocks were administered he said, though we get no intimation of that in the film. Whatever the strengths of these claims, Saint-Laurent's expanding success after he's broken free from Dior is accompanied by a growing use of drugs, and a conviction that what he wants is all that matters. Toys are thrown out of the pram if this doesn't happen. And it is hard for this viewer to blame anyone but Saint-Laurent himself for his often repugnant behaviour as enacted on the screen.

We are shown some of his tender, relaxed manner, especially when he meets and falls in love with Pierre Berge, who was to become his partner and business associate. We are shown a lot of his tantrums, many of them drug-fuelled. The gaping hole that isn't shown is Saint-Laurent fighting his demons in order to continue creating. It is almost impossible to believe the figure we see, hardly able to stand up or get two words out because of a brain bubbling with drugs, would be able to fashion anything more than a white handkerchief.

Pierre Niney and Guillaume Gallienne are good, though there is the feeling they could have been more impressive if the director had have had the courage to fill that gaping hole.

A biopic that leaves as many questions unanswered as filled, and leaving the conclusion that here was another yet creative giant who was nothing but a midget of a human being.