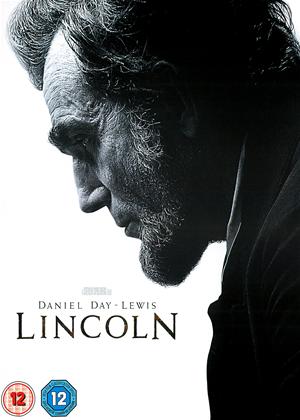 I found this movie deeply irritating.

Yes, Daniel Day-Lewis gives a perfect performance of Abe Lincoln - though he doesn't use the N word as he did in real life, and there is no mention of his plan to send blacks back to Africa. There is also an assumption too that the American Civil War was all about slavery, when in fact it was more about control and whether states (incl the southern ones) would be run from the centre (i.e. the north, and Washington).

But what really grates is the fact that the US is portrayed as a beacon of democracy and justice - when in fact in Britain slavery was banned in 1807 and in the 1830s in British colonies. So the USA was well behind the UK in its pursuit of justice, equality and democracy therefore.

The film itself is so wordy - so much so that even I, someone who likes wordy films (and foreign films often are) was bored. It's surprising that Spielberg, the best action director in Hollywood (think Jurassic Park) should make such a movie - which anyway would have been far better suited to a TV mini-series. Arguably, it is all about the division in US society now, and the Obama presidency - so TV would have suited such a subject better.

Disappointing, over-long, boring and verbose - though no doubt a favourite of those studying law - this only deserves 2 stars. I think a lot of people are rating Abraham Lincoln (and expressing anti-slavery pro-equality sentiments) by giving it more. I am rating the film as a film, not the man it portrays.

With Steven Spielberg at the helm I had high expectations for this and usually enjoy films covering political history, but sadly I didn't get to the end of this one. It is all about the 13th amendment (abolisition of slavery) and how Lincoln toils with this versus the ongoing North / South civil war. The initial scenes are great with some gruesome battle action and Lincoln in the field speaking to frontline soldiers. After this good start we move to Washington and commence at least 90 mins of mostly men speaking in dark smokey rooms about the issues of the day. It is very dull and unengaging. It is not entertaining at all and became a chore to watch with so little going on (which is why I switched off about 100mins in). The acting is first class as as is the filmmaking itself, but the story and script are tedious. Can't recommend unfortunately.

one of the most boring films I have ever seen, if I had paid to see it then I would have wanted my money back.

I was so tremendously disappointed by this movie having read some of the critics' reviews. First of all I have to admit to only watching the first hour or so. By that point I just couldn't take any more... (that from someone who just watched all of 'The Greatest Story Ever Told'!). I enjoy history films and don't shy away from long, complex movies but I seem to have been watching a different move to some of the critics.

Despite an awe-inspiring performance from Daniel Day-Lewis the first part consists largely of old men talking detailed politics in smokey, candle-lit rooms. No actual drama here I'm afraid - I had to fight to keep my eyes open (failed, then gave up). Perhaps things really crank up in the second act but I didn't hang about to find out.

I found the over-sanctification of Lincoln himself really grating - typified by the early scene in which loyal soldiers recite his speech back to him. It didn't ring true and frankly was just a bit over-the-top.

Day-Lewis's performance gets this film an extra star - otherwise one star only I'm afraid. Can't recommend it.

Lincoln attempts to do the impossible and put to film a depiction of the larger (literally) than life figure of Abraham Lincoln (Daniel Day Lewis). However Lincoln isn't your conventional biopic, in that it doesn't depict the man's life, it depicts his final battle, the abolishment of slavery and the fight to pass the 14th amendment.

The film uses this structure to give you a glimpse of the man and the life he led but also to ensure the man stays somewhat of an enigma. The film is beautifully crafted and is unlike the Spielberg we are used to. It's a film that has a very clear voice and Day Lewis is the perfect choice for honest Abe as he becomes the character so completely. The cast is rounded out with other top choices from Tommy Lee Jones as a disgruntled abolitionist to Sally Field as Mary Todd Lincoln.

Lincoln isn't interested in providing the same sentiment as say E.T but it does strive to depict a family man and it that department the film is filled with emotion as the film shows the tragic nature of Lincoln's past and its effects upon him. The film works because of its direction and the script by Tony Kushner is filled with wonderful dialogue that Day Lewis just sinks into bringing about the kind of amazement that a president as loved as Lincoln deserves. Spielberg is clearly a remarkable director who is able to elicit dynamic performances from his actors that require acknowledgement as Lincoln is a film about its performances and Day Lewis's in particular, although watching James Spader have a clumsy fight in the mud does entertain. Ultimately its a honest and unashamed look at a outstanding man which makes for a rich rewarding viewing experience that surprises in its depth despite the films very limited focus.