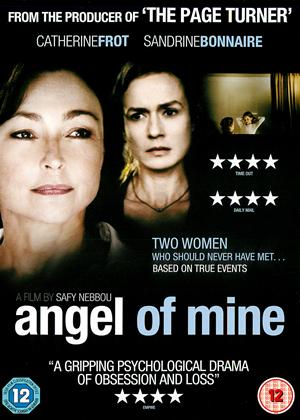 Synopsis:
Divorced mother Elsa Valentin's (Catherine Rot) life is fraught with tension, fighting for her son in a bitter custody battle and juggling a demanding job. But nothing can prepare for what happens when she crosses paths with Lola, a young girl whom she believes to be the daughter she lost in a hospital fire over six years ago. Unable to let go of the desperate hope that her daughter might still be alive, Elsa begins to ingratiate herself with Lola's own mother Claire (Sandrine Bonnaire) inching her way into Lola's life. At the expense of her own increasingly distraught family, Elsa's obsession heightens and her behaviour turns increasingly disturbing.
But how far will she go for what only she believes is the unsettling truth? Based on an true story.
Actors:
Catherine Frot, Sandrine Bonnaire, Wladimir Yordanoff, Antoine Chappey, Michel Aumont, Michèle Moretti, Sophie Quinton, Geneviève Rey-Penchenat, Héloïse Cunin, Arthur Vaughan-Whitehead, Zacharie Chasseriaud, Mehdi Nebbou, Marie-Julie Baup, Pascal Elso, Isabelle Siou, Sarah Stern, Marie Montegani, Clémentine Yelnik, Nouma Bordj, Michel Saint-Jean
Directors:
Safy Nebbou
Writers:
Cyril Gomez-Mathieu, Safy Nebbou
Aka:
L'Empreinte De L'Ange
Studio:
Metrodome
Genres:
Drama
Countries:
France, Drama

Reviews (2) of Angel of Mine

Creeping Beauty - Angel of Mine review by ML

So one woman begins to stalk another woman's family based upon her belief, dismissed by her own parents and partner, that the child she lost in a fire seven years ago is now mysteriously a member of her family. That it is based upon a true story seems undeniable, as the ending is just too perfectly realised to be anything else but true - the two central performances are stubbornly prosaic but this is the directors intention, and both leads carry it off beautifully while the men in the movie stamp about totally bereft of even the vaguest inkling as the greatest of dramas quietly unfolds in their family homes.

That its the stalker rather than the stalkee to whom we are introduced first is beautifully balanced by the unfolding of the rather astonishing plot; that we are brought into the life of the stalker just in time to see it delineate to the specific point that will define it is also a great little device.

On the downside, nothing happens for huge swathes of the movie and it has a fell of a shorter film that is stretched out to 90 minutes because that's how long films are. It also lacks the emotional punch of a film like I've Loved You So Long which enjoys similar revelations and pacing. Still, a very decent stab and certainly worth 90 minutes of your time.

Just another stolen baby film? - Angel of Mine review by JS

Yes, it's a bit slow (after all it is a French film) but the attention was held for the full 90 minutes.

A bit predictable inevitably but with a bit of a twist making it thoroughly enjoyable.