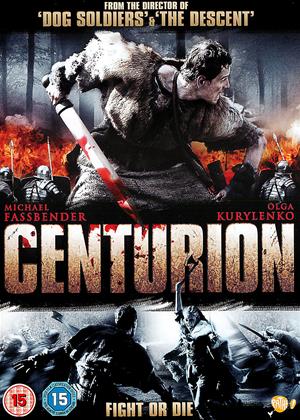 This is watchable, but certainly not in the same league as the excellent Gladiator.

Why? Well, for a start, the film seems to have been written and casted by a committe or perhaps an HR diversity manager:

Black actor Noel from Dr Who, tick; Asian (Muslim) Roman soldier, tick; women in macho aggressive feminist roles, tick. This is utterly predictable and tiresome in so many British films, and is especially true for films made with the backing of the PC Film Council and lottery funding.

Too much like a Dr Who episode really. And the way the women all have make-up and nicely done hair as they rush into battle with their swords and spears killing dozens of Romans twice their size is (unintentionally) hilarious! Girlpower? Comedy, more like!

History it ain't! But at least it is mercifully short! Worth watching, but no better than a time-passer.

On the plus side the camera work is excellent,the scenery and fight sequences magnificent but perhaps this was a missed opportunity to be a first rate film. The story of the ninth legion is widely known and I guess this particular resolution is plausible,just. The interpretation of Pict history and behaviour is imaginative I'm not sure how accurate,but I felt cheated by the rather cursory treatment. The Picts seem left with the remnants from the make-up and costume department!

Several attempts to portray camaraderie provided the worst scenes, appearing to have been added as an afterthought.

Some fine individual acting ,mainly by the Romans,but the opportunity to really develop the Pict character storyline was missed ,a pity.

This film depicts a very brutal time between the all conquering Roman empire and the stubborn locals. Set in a bleak, washed out landscape of Rome's final frontier, it involves a bunch of soldiers cut off from their garrison. They are wildly chased (whilst trying to get home), by an army of locals who aren't taking too kindly to Roman occupation. The Romans never did take the Borders and Scotland and you'd think they'd have given up after 400 years of trying. Especially if you see what they have to put up with in this film, trying to suppress the restless natives. Not that the Roman army were quire boys themselves.

The violence is fairly brutal, when one of histories most powerful empires comes face to face with stubborn local resistance. Not a bad way to spent an hour and a half but I couldn't get away with the CGI enhanced fighting though and the fake blood.

I thought the love interest towards the end spoilt the film and added nothing to it. They just can't seem to resist the lead falling for a beautiful girl with perfect make up (this is in 2nd Century AD). Who writes this stuff ??