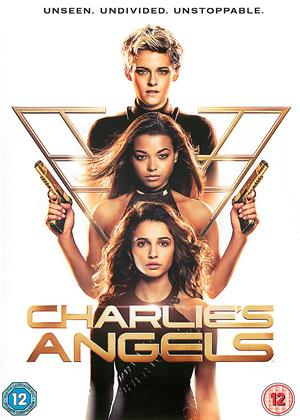 Chick Flick at it's best - Charlie's Angels review by YL

Love, Love, Love this movie. Real escapism, just we need at this time. Hope they're going to be more.

When Charlie’s Angels begin, it stumbles greatly trying to structure itself as the most feminist-friendly. The first target of the Angel spy agents is a rich man with a misogynistic view of women working, soon taken in by strong women spies. The title sequence features B-roll of little girls across the globe, trying to force that inspiration. The very next scene features a boss not taking his female employee seriously by undermining her words and inappropriately touching her. So if you’re easily triggered by feminism in film, the first act makes itself clear this film isn’t for you.

Everyone who sticks around, however, will be treated to a real surprise of an action picture. The Angels slowly work their magic as a charming trio. Kristen Stewart plays the cocky and fun-loving agent Sabina. Ella Balinska plays Jane, the no-nonsense agent who rarely cracks jokes but secretly gushes about science. Naomi Scott is Elena, the unwitting scientist thrown into a spy plot where she’ll have to catch on quick. All three are led by the latest Bosley of the secret organization played by Elisabeth Banks. All of them progressively work their magic into not only being a chummy trio

The plot is your standard spy affair. There’s a new high-tech device being developed by a corporation that has become of great interest to a mastermind villain, using a flaw in the circuitry to assassinate anyone in the world. The Angels must find the true villain and stop him or her before it’s too late. Oh, and there’s also a mole within the Angels’ organization. You gotta have that for the extra twist of who to trust.

But what shines the best and grows better over time are the fast and furious action scenes. After a decent infiltration operation and a stirring car chase with a minigun, the film settles into a groovy groove of strong action that doesn’t rely on a whole lot of visual effects. Easily the best sequences feature the trio tracking down the bad guys to a rock quarry factory. Elena whips a goon with a computer mouse in one of the offices while Sabina struggles to find her way out of a rock grinder while facing off against another goon. The climax of dance and fight at a neon-lit party of a lavish estate is also pretty fun for how it relies on a lot of hand-to-hand combat that feels pleasantly old fashioned in this day and age. It’s also worth noting that there’s so much confidence in these action scenes they rely on less one-liners and more casual comedy that fits neatly between punches.

Charlie’s Angels by no means underplay its female empowerment vibe, ending the picture with cameos of what seems like every female actor they could find. But it also doesn’t rely on a PSA style appeal to carry through into the engaging James Bond-style picture. I’d be cool if the picture played itself up as an exploitation style female revenge picture if it went that extra mile of absurdity but I doubt that range is possible for a PG-13 action picture. Thus, Charlie’s Angels work to become a capable and engaging spy action picture and succeed strongly at doing just that.