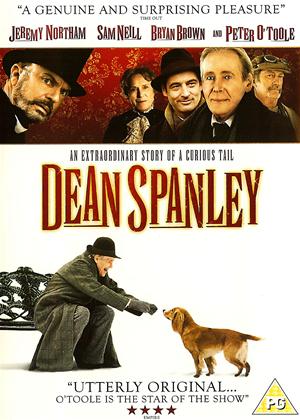 Despite having employed some excellent actors and a typically acid performance from Peter O Toole this is a turgid and misguided film which never gets off the starting blocks.

The plot is fairly non existent - Sam Neil - being the eccentric Dean Spanley of the title - has a few hallucinations when he drinks an exotic beverage - not quite Naked Lunch territory.

My expectations were high as this had been given 5 stars in a previous review and I rarely give up on a movie before the end but this was lamer than a three legged dog.

The ultimate "shaggy dog" story. Abandon yourself to the silliness, the arch acting, the potty story and revel in the uplifting, and deeply touching wonderfulness of this little gem of a film. All the leads turn in great performances here, all clearly thriving on each others work. Great stuff.

Not to everyone's taste perhaps, but I thought it was a beautiful film, so much so that I watched it twice in one day. The acting is exquisite, the script is perfect;the long last scene at the dinner party is quite perfectly done. It's gentle, its moving,its thoughtful; its a real treat. I watch all sorts of films,but this really stood out for me. More meat on the bone than many action films, or any predictable costume drama....Peter O'Toole at the top of his game, a great role for Sam Neill, and Jeremy Northam too, what's not to like?

Didn't get it. - Dean Spanley review by JD

This style of humour didn't hit my funny bone. It relies on the silliness of believing that Sam Neill's character was a dog in a previous life and that Peter O'Toole's was the owner. I on the other hand saw it as the mocking of the eccentricities of a priest when he is drunk. Awkward and not pleasant. If you can laugh at other's shortcomings and go along with the idea that an elderly man can change in a moment from cynical to gullible then let yourself go. On the positive side there are moderately entertaining sub-plots and the acting is good.