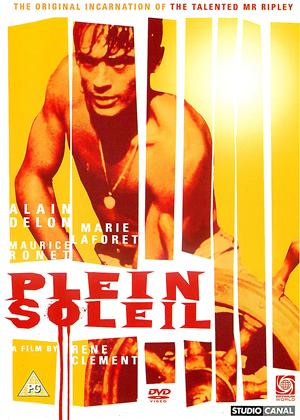 Low key, stylish version of The Talented Mr Ripley set on the Amalfi Coast, Italy. Deservedly made a star of moody Alain Delon.

The first movie outing for the talented Mr.Ripley and also the first full feature for one Alain Delon which catapulted him onto international stardom, I can totally see why he totally nails this performance with such onscreen coolness charm and believability and fully succeeds in maintaining this creepy elegance for the films entire duration.The whole film really was just a total joy to watch from begining to end from its psychological intrigue too its moments of passion envy and murder.And along with Delon’s remarkable performance we also get and are treated to some stunning jaw dropping cinematography thats set adrift and onshore fully capturing the feel and look of its beautiful sun drenched Italian settings, it’s a real thing of beauty and fully brought to justice with a spot on restoration the colours, place and sounds just scream take me there.Really not sure why it took me so long to view this very classy and Classic piece of filmmaking from Clément 8+/10

The eyes have it. - Purple Noon review by RhysH

How did Plein Soleil become Purple Noon? I like the Minghella film of the Highsmith's 1955 novel and this one directed by René Clément is also pretty true to the mood of the story just coming at it from a slightly different angle.

Lots of close-ups of eyes, everybody watching everybody else, in particular the lovely green eyes of Marie Laforêt.

Firstly, as noted by previous reviewers, if you've seen "The Talented Mister Ripley", this film won't hold too many surprises for you, since it's the first screen version of the same story, and Alain Delon's character is indeed called Tom Ripley, despite not by any stretch of the imagination being plausibly American.

Apart from that, Delon is astonishingly good as the psychopathic anti-hero. Since it's almost a one-man show, he has to be. Fortunately the screenplay develops the character in sufficiently interesting ways to make us care about him. Initially he's willing to be the lackey of the rich people who employ him or treat him as a casually disposable "friend", taking what scraps he can from their table and hiding his envy and resentment. But the way he's treated, especially the incident referred to by the original French title (which means "plenty of sun" - not too snappy in English, hence the meaningless substitute), makes us understand why he might reasonably feel that he'd been pushed too far. Though of course, he himself pushes it even further. And then some!

Halfway between the unstoppable, implacable Hannibal Lecter and the twitchy, desperate Norman Bates, you've got Tom Ripley, a psycho who really will do just about anything, but isn't quite as clever as he thinks he is, and is at the same time smart enough to worry about this, not necessarily in time to avoid screwing up. French cinema has always been far better than Hollywood at putting utterly twisted people front and center and making them worth watching - just look at "Rififi" or "Les Diaboliques" - and here we have another superb example. Delon's interplay with Maurice Ronet, playing his obliviously crass "buddy", is absolutely perfect, for which Ronet (basically a French version of the unfairly forgotten Robert Shaw) deserves a lot of credit.

Unfortunately some of the other supporting cast are treated less well. The very sweet Marie Laforêt doesn't have enough to do, and since the lady can actually sing, she should have been given a proper chance to do so if they were going to have her strum a guitar and go "la, la, la" at all. And what's with that ballet school? I assume it's a major subplot in the original novel, which I haven't read, but here it seems to have been randomly inserted for no reason at all. So it's not a perfect movie. But as a portrait of a man tiptoeing along the edge of a razor for reasons that are (almost) entirely his own fault, it's very good indeed. And the whole thing looks so gorgeous that you'll probably want to go on holiday at the locations on the off-chance they're still unspoiled (I wouldn't know, but somehow I doubt it). Early sixties European cinema at very nearly its very best. Highly recommended.