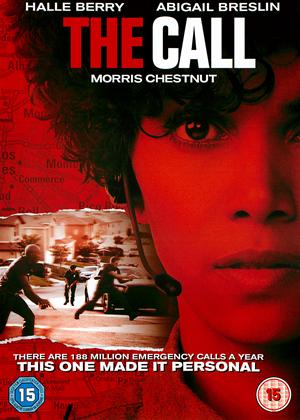 Some tense parts but a poor, lazy ending - The Call review by RP

It's a thriller, the first half isn't bad, the ending is truly lazy. Err, that's it.

I quite enjoyed it - but it's one of those films you'll either love or hate. It's also very American and I'm not sure that I quite believe the emergency call centre setup - far too sophisticated, and I certainly don't believe the technology.

Halle Berry plays a 911 emergency call centre operator who handles a disturbing call during the kidnap of a teenage girl. Psychologically scarred, she retires from front line duties and becomes a trainer. While showing a newbie the ropes, in comes yet another call from a teenage kidnap victim. Suddenly unscarred, Halle Berry leaps into action and not only leads the chase for the kidnapper from in front of her screen and keyboard, but eventually transforms into action woman, tracks down the kidnapper in his lair and confronts him, leading to an even more unbelievable and very lazy ending.

The first half of the film is pretty good provided you can suspend your disbelief at times and there are some tense moments. But the thought of a call centre operator investigating and tracking down a dangerous criminal without help or backup strains credibility - but then perhaps they do things differently in the USA.

I have to say that generally I don't find Halle Berry a very convincing actress, and this film is no different. But I've seen a lot worse films than this...

Because I did quite enjoy it, I'll give it 3/5 stars - and if the ending hadn't been so poor I might even have given it an over-generous 4/5, but that ending is just so, so lazy.

A psychological thriller and a B-movie slasher film all wrapped into wone, The Call is a terrific and surprisingly suspense filled ride with genuine tension and some great performances by its leads Halle Berry and Abigail Breslin.

The Call follows what happens when emergency operator Jordan (Berry) is responsible for the death of a young girl and must return to work as Casey (Breslin), a teenager is abducted at the mall and left in the boot of a moving car with only a phone to call 911. What follows is a elaborate trail of breadcrumbs as Jordan tries to figure out where Casey is and how to save her.

Right off the bat Berry is on top form as she brings more life to a simple character than expected and she brings to her motionless role (she sits at a desk for half the movie) a sense of urgency that maintains the films breakneck pace. Breslin is equally impressive as the resourceful Casey, a horror movie victim with brains, something almost unheard of.

The direction by Brad Anderson is crammed full of wide shots of huge roads heading into the distance as to really emphasise the hopelessness of the situation as these two women try to help each other. Filled with ever so slightly cliché stalls and distractions, the film manages to subvert them in a way that makes these played out elements seem fresh.

The finale is dark and disturbing but in a fairly generic way as the film devolves into a mess of old movie references and stereotypically creepy bad guy back-story but it still manages to leave the viewer with an interesting final question as the film comes to a close, If you found yourself in their situation, how would you handle it, what would you do?