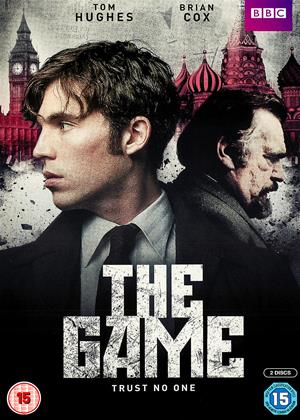 I was rather disappointed with this. It very much wants to be a George Smiley thriller, though without Smiley, what with Alec Guinness being dead and Gary Oldman being too expensive, and it tries very hard to tick all the boxes, right down to the inevitable "which one of us is the mole?" subplot. And setting it in 1972 is a wise move, since the clunky surveillance technology of the time makes the mechanical process of spying easier for the viewer to understand, and also means that the characters can't rely on wondrous gadgets and have to do very basic things like following people or breaking into their houses, which is more dramatically satisfying.

But there is a sense of dumbing down. This is most apparent in the many scenes where MI5's police liaison officer, who isn't called Basil Exposition but might as well be, says things like: "I don't understand - please explain in simple terms what's going on". If the writers can't put across complicated ideas without using a plot device that clumsy, they aren't doing their job very well. And since this kind of story is meant to unfold with coldly logical precision like a deadly game of chess, it's inexcusable that some of the cunning plans the Russians go to great lengths to implement are nonsensical, since it implies that the writers assume the viewers aren't clever enough to follow the plot so they can get away with anything. In particular, an over-elaborate assassination plan exists purely so that the heroes have a chance to foil the villains' nefarious scheme, not because the target has to die at a specific time or place, or is even especially hard to kill.

I was also underwhelmed by Tom Hughes, a modern Smiley substitute who, in keeping with current tastes, has to be a sulky, pouting pretty boy with gorgeous cheekbones whose resemblance to Benedict Cumberbatch probably isn't coincidental. Seriously, he's so pretty that more than one other character uses the word "pretty" to describe him! Unfortunately he's a nonentity. His entire personality is defined by the Very Bad Thing which happens about two minutes into episode one, plus another Very Bad Thing which is revealed so late in the story that we don't really care. And I was constantly distracted by the downright surreal fact that MI5 apparently has a grand total of six employees who for no reason at all have to do absolutely everything, often while protesting that they aren't qualified for this, plus a lot of other people who mill around looking busy in the background but literally cannot even talk because that would mean paying the actors more.

Enjoyable enough, but no classic, and with plot twists you'll probably guess well in advance, apart from the ones that come out of nowhere. Viewers who are not idiots would be well advised to skip the very end of all but the final part, since there are pointless tasters of the next episode which contain serious spoilers, presumably for the benefit of people too stupid to understand by themselves that there will be more of this serial next week.