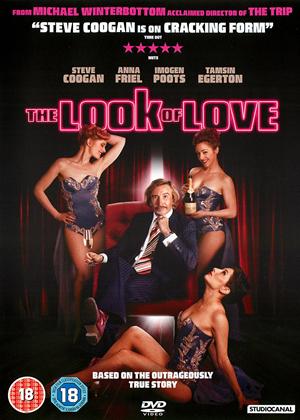 Reviews (1) of The Look of Love

Excellent film, and for me the best of the Winterbottom/Coogan collaborations.

The film's a pretty simple story of coming up from nothing, gaining the whole world but losing one's soul; it's been done dozens of times but the period of the 1970s and the open excess it heralded which constitutes the second half of the film is beautifully rendered and makes us understand both the allure of degeneracy and the price it exacts. Really very good acting across the board from a crew of British stalwarts.

The Look of Love review by Alyse Garner - Cinema Paradiso

The intensely sexual life of an intensely unpleasant man requires a movie that reflects such extremes and Michael Winterbottom's The Look of Love manages to cover both these points to an extent; however as a biographical insight into the life and times of Paul Raymond – a man who earned his fortune by exploiting young women in shops, clubs and magazines throughout the sixties and seventies – the film does little to give Raymond depth or character beyond that of a dirty old man.

Coogan plays his part as Raymond perfectly, covering all the bases of any creepy, indulgent and self obsessed pervert; his bigotry, massaging, sexual deviance and self importance are enough to make your skin crawl. Unfortunately there isn’t really much else to him; the portrayals of women in his life, his long suffering wife Jean (Anna Friel) attempts to accept their open marriage but falters quite obviously when questioning her husband about the women he has been with when he arrives home after midnight, his mistress (Tamsin Egerton) and his poor daughter Debbie (Imogen Poots) who is losing a battle against drug addiction, are the an interesting distraction – however the narrative focus on them and their interactions with Raymond do little to slow the landslide of nudity and smut that otherwise overwhelm the movie.

Those reading this may think me prudish – and I can’t say I particularly enjoy the sight of a million breasts shaking and undulating on a massive cinema screen, but please do not think that it is this that kept me from enjoying The Look of Love. Despite all the sex and the cringe-worthy sight of a naked Steve Coogan (who is old enough to be my Dad) it was the sheer excess of it that so spoilt The Look of Love; there simply comes a point when you’ve seen enough breasts for one movie and showing a thousand more just causes the first few to lose all impact. By the end of the film I was quite frankly bored, any possibilities of titillation long gone and any real sympathy for the characters also somewhat dissipated. I was left with an overall feeling of unpleasantness, not because of Raymond himself but rather for the industry he represents and the shocking amount of wealth inherent in it.

If you’re looking for something character driven and insightful you won’t find it here, but if you want to be made to feel uncomfortable regarding the lusts and malleability of man kind then The Look of Love should suit you perfectly.