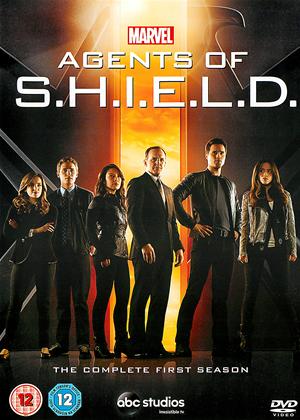 Agents of SHIELD appears as a tough sell at first glance. The side characters from the secret government organization that played tag team with the Avengers now occupy their own TV series which acts more or less as a companion piece to the Marvel movies. But with no major heroes or even villains popping by for a cameo, SHIELD relegates itself to its own microcosm of C and D list figures to draw from. Despite the tie-in events, this show would have to stand on its own without the help of the Avengers or it would fade out as Marvel’s version of Torchwood.

The show can best be described as NCIS with monsters, super powers and aliens. In the wake of the New York city attack from 2012’s The Avengers, a mysteriously revived agent Coulson (Clark Gregg) assembles his own international response SHIELD team. He gathers together his colorful group based on the old checklist for ensemble investigators. There’s the brash hunk of action, the quiet Asian femme of martial arts, the nerdy brother/sister duo and a reluctant hacker with a mysterious past. They hop in a super-powered jet and zip around the globe to tackle threats ala Jonny Quest. Most of their missions involve cleaning up leftover artifacts from the various Marvel movies. Soon after Thor: The Dark World was released in theaters, SHIELD featured a tie-in episode in which the team (brace yourself) literally clean up the mess left in the wake of Thor’s Earth battle.

For the first half of the season, the show appears to be a fairly self-contained procedural. There are some developing mysteries about the hacker’s missing parents and just why Coulson is alive after clearly biting the dust in The Avengers. The series moves along pretty slowly for its first half presenting some moments of action and espionage with all sorts of futuristic tech that ranges from reasonable (small investigating drones) to the absurd (Coulson’s flying car). There’s some decent back-and-forth, but nothing all the memorable or notable.

But for the second half of the season, the show pulls a complete 180. After the events of Captain America: The Winter Soldier, everything changes about SHIELD as the evil HYDRA organization makes itself known. Within a two part episode, there are so many double and triple crosses as the members of SHIELD don’t know who to trust when they’re being attacked. Suddenly Agents of SHIELD is now thrilling and unpredictable. The globe-trotting missions are mostly kept to a minimum at this point as there is now an engaging narrative at play.

Even though there are no epic appearances by the big names of the Marvel movies, there is enough inserted for the show to work well as a companion piece. Samuel Jackson appears as agent Nick Fury twice in the program once as a funny cameo and another when teaming up with Coulson for some giddy crime fighting. Side characters also contribute to the plot as is the case with agent Maria Hill (supporting SHIELD operative from The Avengers) and Sif (female warrior of Asgard from Thor). Even the special artifacts the team discover such as Chitari masks and Asgardian relics really help build the more human aspects around the grand Marvel cinematic universe. Much of these elements are left on the shelf for a later season, but it’s still cool just to see SHIELD define its own continuity rather than leech off the movies.

Despite its slow start, Agents of SHIELD achieves a second wind that pays off greatly for Marvel fans willing to stick it out. It’s essential viewing for anyone who wants to keep up with the ever-connected Marvel Comics movies. While not featuring any big name tie-ins, it has enough strength in its characters and writing to excel past its status as a cash-in spin-off. For that, Agents of SHIELD deserves some credit for becoming its own supernatural spy thriller instead of being known as that Marvel show without any superheroes.