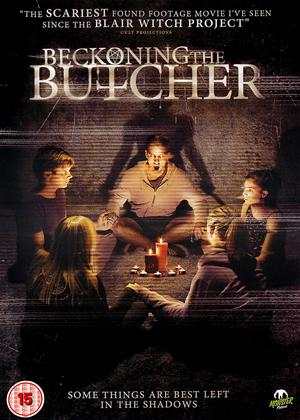 Synopsis:
Chris Shaw was a rising internet star, he filmed paranormal rituals sourced from the dark recesses of the internet, and posted them on his website to be hungrily consumed by a legion of fans. On the occasion of his final video, Chris and four friends took to a remote farmhouse to document a macabre ritual known as 'Beckoning the Butcher'. All who fully participated in the ritual disappeared without trace, leaving only a deeply traumatized survivor and the footage captured on the camera as witness to their demise.
Using a combination of footage captured that night along with interviews from family members, detectives and an expert psychic, 'Beckoning the Butcher' attempts to piece together the mystery of that fateful night and determine the truth behind one the most bizarre missing persons cases in Australian history.
Actors:
Damien E. Lipp, Stephanie Mauro, Sophie Wright, Tristan Barr, Tilly Legge, Lliam Murphy, Janet Watson Kruse, Peter Flaherty
Directors:
Dale Trott
Producers:
Damien E. Lipp, Dale Trott
Writers:
Dale Trott
Studio:
Monster Pictures
Genres:
Horror, Thrillers
Countries:
Australia

Reviews (1) of Beckoning the Butcher

Found footage films, as a way of telling a story, has really taken off since ‘The Blair Witch Project’. The approach has its fans and detractors, but to me remains an intriguing and legitimate way of telling a story. More than that, the approach invites us here to become the sixth member of a five-person group. We are invited into their mildly intimate thoughts by way of their ongoing filmed blogging (designed to be uploaded onto a website specialising in ghost-hunts), and we get to know them all in a way that wouldn’t be as effective as if this were a straightforward film. That way, when the whispered legend of ‘the Butcher’ begin to come true and mildly spooky things start happening in the remote building in which they are staying, the scares make us jump too. We’re even mildly irritated when Tara (Stephanie Mauro) is the only one to refuse to produce blood next to her signature when agreeing to take part in the project, although that has fatal repercussion later.

Many of the successful elements of ‘Blair Witch’ are present in this Australian slow-burner (watches stopping, member of the group going missing, trying to escape but going round in circles etc). So while the boxes are ticked, there is no lessening of their impact – this is a successful formula, and ‘Beckoning the Butcher’ uses it very well. It doesn’t reinvent the ‘found footage’ formula, but it utilises every successful element of the genre. And on a personal note, it works entirely – after watching this I’ve just tentatively visited every room in my apartment to make sure there is no-one there. Irrational? Embarrassing? Both, more than likely, but if a low-budget film like this can have that effect on a jaded old long-time horror-fan, then ‘found footage’ is medium that has secured a DIFFERENT way to scare.

The five main cast members are good, natural performers. There’s no element of ‘putting on a show’. Only the physicist Shannon (Janet Watson-Kruse) threatens to dampen the illusion, and that’s because she’s been lumbered with fanciful eulogising dialogue about ‘spiritual intervention’ and ‘time bubbles.’ However, it is her words that come to mind when the group’s collective time-pieces stop working. They are captured in perpetual night (3.am) that will not end until ‘the Butcher’ has had his way with them.

‘Beckoning the Butcher’ is non-specific title, and the DVD cover, featuring the cast in a selection of horrified grimace, could almost suggest a comedy. Don’t be fooled, this is no comedy; it is one of the best examples of its kind.