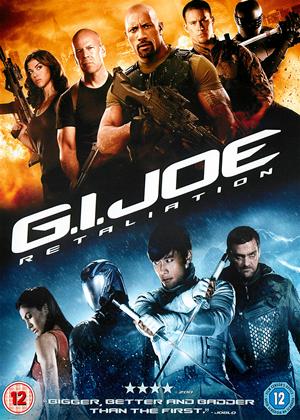 Difficult to watch if you have a hearing loss! - G.I. Joe: Retaliation review by CS

The first thing that you need to know is that there are no Subtitles or other languages available on this rental format at all! The only language is spoken English, so if you need Subtitles for hearing loss, as I do, you will struggle to watch this film.

As a result I'm giving it a big thumbs down, as it is unforgivable that being a new release, there are no Subtitles at all, especially when the version you can buy n the shops does have subtitles! So why are they not on the rental version?!

With a cast full of names that immediately fill me with dread (most notably my filmic nemisis no-longer-calling-himself-The-Rock Dwayne Johnson) G.I Joe: Retaliation was never going to be my cup of tea; but Bruce Willis and Channing Tatum give what I expected to be a predictably violent and otherwise uninspired steaming pile of waste just enough personality to make me not hate it.

This is largely thanks to the visuals, in 3D the film is action in epic proportions, with absolutely no holds barred the gunfire and weaponry used by the G.I Joe’s in this sequel is utterly vast and wholly impressive. I counted at least two types of tank and three types of helicopter, and lost count of the number guns, cars and planes available for the G.I’s to play with. So if explosions and warfare are you're thing then you have come to the right place.

With a premise that revolves largely around a double sided double crossing the G.I’s find themselves pitted against their old rivals the Cobra’s and the government itself; and as the most well trained fighting team in the whole world such despicable behaviour does not bode well for humanity at large.

Obviously the film sets the action off with the obligatory man-banter, and there are plenty of crude jokes and friendly digs thrown around to keep any fourteen year old boy entertained for weeks – but as I initially suspected there isn’t really enough story here to truly hold my attention.

Bruce Willis is always a pleasure to watch whether he’s in serious mystery-drama mode (Sixth Sense) or playing his go-to action hero role as he is here, but unfortunately even ol’ Brucey isn’t enough to stop the reasonably intelligent mind from wandering.