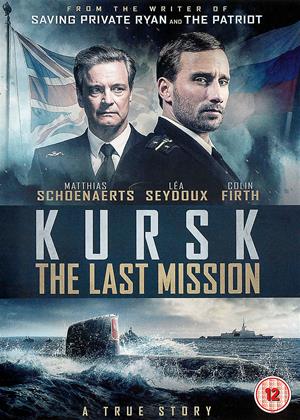 Reviews (5) of Kursk: The Last Mission

This movie is unusual as it shows Brits as heroes and not villains, the usual trope. Maybe because it's not really a Hollywood movie and is full of German actors and the aged Max von Sydow as a Soviet era Navy boss.

As per usual, when what happened on the sub is unknown and as we all know what happened in the end, there has to be a lot of stuff invented and events to create narrative structure. These are sometimes successful but at other times seem forced.

I suppose an inevitable comparison is to be made with superior drama such as Chernobyl, and this film looks a bit B-movie by comparison.

average film of a tragic event - Kursk: The Last Mission review by JD

Worth a watch just for the subject and the fact its a true story.

It has the appearance and feeling its on the cheap and doesnt stand out as anything special. But it gets the key points across well enough to be a story worth watching.

Center piece is the impact on family, and there is the bond between service men, the lack of funding causing poor training and equipment so lacking and poorly maintained its both useless and incredibly dangerous. All wrapped around the Soviet politics that ultimately make this such a tragedy.

Of course, thats bad enough but when the Royal Navy was going out of its way to help with what would be the best divers and rescue equipment in the world it just makes it much worse.

There is much dramatisation going on to keep the story rolling along, but the key points, the disaster, the family, the politics and a genuine offer of help from great sea-fairing enemy are all covered.

And a term ive not heard before has stuck in my head. Sailors help Sailors. For the crew of kursk it was there comrades and for those watching it was the royal navy. All every mariner wanted was to see them safe.

Life is Cheap - Kursk: The Last Mission review by AA

A interesting film covering what is a documented disaster in the Barents Sea off the USSR Oscar class submarine KURSK sank during the first major USSR naval exercise in ten years, on the 12th August 2000.  After failed attempts to rescue the crew they Russian Navy had to turn too late to the Royal Navy to assist them but after all the prevarication and false information being fed to the families of the crew.  A thought provoking film and could it happen again?

Wasn't sure about this movie but got into it quite quickly. Good storyline and acting by all and certainly keeps your interest. But politically damming in my opinion.

A Moving Film with Good Performances - Kursk: The Last Mission review by CD

This film does a good job in bringing out the personal side of the Kursk tragedy and the bond between the men and between their families waiting on the shore. The difficulty that the leaders in the hierarchy had in communicating what was happening and in accepting any help comes across well. The claustrophobic and perilous environment in the sub is well shot and the main actors are strong. The heroism of the Russian crew comes through strongly, and the film avoids a simplistic judgement on the tragedy and the attempts at rescue.