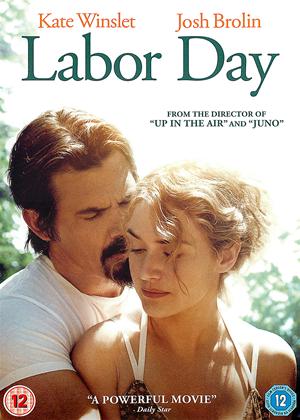 This is the sort of movie (and story) I call 'emo-porm' - emotional pornography for women. It is basically a soggy Mills and Boon romance, sprinkled with criminality and baked in a great big pie of schmaltz. I expect the novel it comes from was full square aimed at the escapist romance reader...

By the last scene (so shameless schmaltzy it should carry a health warning) I was ready to burst out vomiting at the sheer awfulness of this silly romantic story. I was hoping for a murder, especially of the Kate Winslet character, but no such luck...

Having said that, there are some good scenes with tension and the younger actors do well. So 2 stars - just about.

Get this for the woman in your life, then hide under the bed and put the headphones on to block out the blubbing...

kate winslett films are always good and this film really got me into the story brilliant film would highley recommed to people who like films with kate winslett in i will defently be buying this on dvd :)

It’s never good to see a good director deliver less than what you know he is capable of. It’s not like watch a bad directors work hoping to be pleasantly surprised, it’s a unpleasant kind of shame you feel to entertain the notion that maybe their best work is behind them. While Labour Day is Jason Reitman’s first truly disappointing feature it doesn’t exactly scream a trend but to be clear, Labour Day is a disaster, a complete mess of poorly thought out plotting and illogical characters..

Labour Day follows Adele (Kate Winslet), a single mother in 1987 who is taking care of her son Henry (Gattlin Griffith) when Frank (Josh Brolin), a wanted criminal forces them to take him home when he appears to them bloodied and in need of assistance. However when they get back the relationship between Adele and Frank becomes complicated as the lines between hostage and captor start to blur as Frank’s past comes to light.

While the story seems interesting, much like last years Chained, a darker tale of captive and hostage, this is poorly put together soap opera material, a tale that is paper thin and borderline offensive in its themes and messages. While Frank may appear to be the man he wishes people would see the film fleshes him out in flashbacks that ultimately villainise him instead of humanise him.

Brolin fumbles around unsure of if Frank is really redeemable, never quite getting into the mans head in the right way with Winslet feeling out of place in this reverse stockholm syndrome drama. The film’s conclusion also dips into the tried and tested ending pot for a simplistic and narrow minded conclusion to a film that never really starts and almost certainly never once makes you love anything about Adele and Frank’s relationship