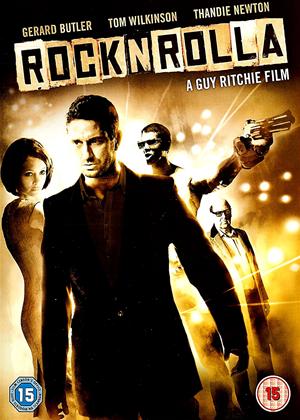 Don't be fooled by the return to form for Guy Ritchie. In essence all he has done is retreated to the Lock Stock formula and given it a whirl, except this time with Russians and London property.

The end result is a poor film. Terrible MTV-inspired editing, a tiresome script and characters you don't care about. Easily one of the worst films of the year. Unfortunately I cannot see him stopping with this.

This is a Guy Ritchie film, directed like 'Lock, Stock' or 'Snatch', with the usual Ritchie mockney gangsters, full of words and action but no real substance.

With 'RocknRolla' Guy Ritchie has returned to something of his earlier form after a few duds, so is you like Guy Ritchie's style and are amused by stunts like feeding villains to the crayfish then you might just enjoy this. It didn't do much for me – but it isn't a bad effort and I'll give it a too-high 3/5 stars. I've seen worse.