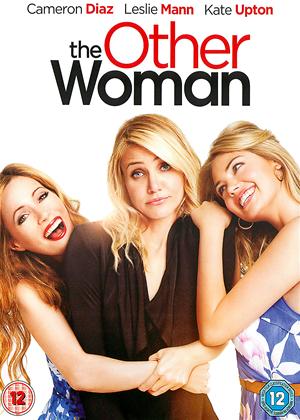 Reviews (1) of The Other Woman

A tale of squeeky folk - The Other Woman review by NC

My wife liked the film. Is the normal scenario of lady finds guy is married, clans up with wife etc. Lots of squeeky american voices.

The Other Woman review by George Hooper - Cinema Paradiso

While sometimes I find it fun to watch a romantic comedy or something featuring a predominantly female cast, other times I can’t stand to sit through something. While The Other Woman is certainly not a rom com, more a raunch comedy masquerading as a female empowerment picture it also isn’t the kind of film any reviewer would ever consider good, let alone tolerable.

The film follows Carly (Cameron Diaz) and what happens when she discovers that Mark (Nikolaj Coster Waldau), her boyfriend is married to Kate (Leslie Mann). When the two meet they hatch a plan to get back at him using the help of another of Nick’s scorned women, Amber (Kate Upton). While the three of them try to teach him a lesson they bond over their joint experiences and help each other through their equally complicated lives.

It’s not that I am against women taking advantage of the man who wronged them, I actually find the concept in a way, charming. The problem with The Other Woman is that it relies heavily on the lead being at least likable but Diaz makes Carly the worst human being possible. She isn’t funny, she lacks any kind of tact or sense and she is the most self centered person seen in a movie in quite a while.

The film depends on Diaz’s acting gifts and someone forgot to tell director Nick Cassavetes that she doesn’t have any to begin with. Mann is forced to pick up some of the slack delivering loveless one liners and stale material like its suddenly brand spanking new. The whole film plays on old stereotypes and the whole thing feels dated despite the modern day setting and the faux empowerment, the film feels like a step backwards, not something important or even worth paying for.