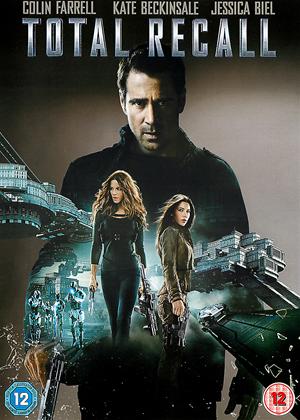 I wasn't expecting much from this but was pleasantly surprised! Farrell is very good, an doesn't pretend he is Arnie!

Enough action and twists to keep everyone entertained. Highly enjoyable!

I suspect the reason many people dislike this film is because they consider it a form of blasphemy to remake the original. For my part, I have little time for this sort of fundamentalism, especially when the "definitive" version with Arnold Schwarzenegger was itself only a very loose adaptation of the source material, a story called "We Can Remember It For Your Wholesale"!

Colin Farrell acquits himself well as a generic Hollywood action hero, the pace is almost unrelentingly fast with no wasted scenes, it has astounding chase sequences and fantastic set design and visual effects. It parts company with the 1990 version in several ways, including being somewhat more restrained in its portrayal of graphic violence, and there being no mutants!

I accept the structure is conventional, that some aspects of the plot make little sense, or that it owes an obvious debt to Blade Runner. It is not very cerebral but if you approach it as a futuristic thriller rather than science-fiction it's a very good example of its type.