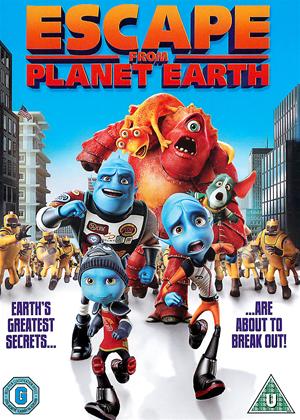 Reviews of Escape from Planet Earth

Although its fun watching aliens adapt to new environments and Earth is an interesting world to introduce these new characters to there is something wrong about Escape from Planet Earth as it rarely presents you with an enjoyable character that you can find yourself supporting despite the desperate attempts to make them entertaining through flaccid comedy.

Escape from Planet Earth follows newly arrived Alien visitor Scorch Supernova (Brendan Fraser) who faces an unknown threat when he arrives on Earth and finds himself trying to escape as soon as he arrives. The downside is that he finds himself trapped due to his own mistake and must rely on the help of his brother Gary (Rob Corddry) to help him get out of his sticky situation

Not only are the films characters utterly disappointing as they are just a mix of other movie characters that have been shoehorned into one but the film relies heavily on characters that feel soulless, they lack the kind of emotional cores decent animated characters possess. Fraser however is oddly suited to voice work as he makes Scorch an energetic ball of clumsiness and adds a sense of believability to Scorch. While Corddry usually proves entertaining he finds himself trapped in a role of endless boredom as he plays the straight man nobody wanted him to be in.

All in all the film never really feels like a film of its own, it possesses little originality, the animation is shoddy and unfortunately predictable and while the film does prove to be a mindless watch that can be enjoyed for that reason, it never really rises above a forgettable feature you will probably forget soon after watching it