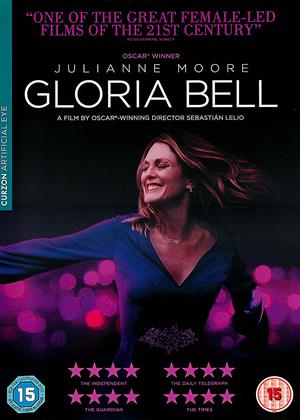 Waste of time and money - Gloria Bell review by MH

Boring and tawdry tale about an episode in the life of a narcissistic loser. There's insufficient plot to sustain an entire movie so a lot of time is devoted to lengthy pictures of Julianne Moore's expressionless face and - worse - of her singing along to the radio as she drives in her car.

There's zilch chemistry between the leads, and the sex is voyeuristic, prurient and boring. But then, I never have been able to understand the modern obsession with watching other people perform the sex act.

In an effort to pep things up. Julianne Moore even descends to gratuitously exposing her naked breasts on several occasions, like some young starlet trying to get a bit of attention.

Then, at the end when the credits came up and I saw she was an executive producer, I finally twigged - it's just one long, boring ego trip - a vanity project.

And what was it with the ugly cat?

Most boring film ever - Gloria Bell review by AS

Absolutely pointless. Didn't understand the point of the movie. If you're bored on a Sunday afternoon with nothing to do or watch, this is the film for you.

Nothing here to recommend - Gloria Bell review by KF

I just don't get the point of films like this. How do they get commissioned? The story line is pedestrian, lacking drama, interest or surprise. The witless dialogue must have been written by a computer. Perhaps it has an appeal for undemanding women but the men had best go down the pub instead.

How and why did this get made? - Gloria Bell review by CW

I agree with the other reviewers who will have expressed this much better. This is a totally depressing movie about a sad woman with a tiny life. She loves her grown children (that part of her life good) and to go to a disco bar at night so she can drink and dance. Since dancing his her one hobby or real passion it was surprising  to me that either the character or Julianne Moore  was a self conscious clumsy dancer.

Many great movies out there, including with Julianne Moore and John Turturro but this is not one.

Julianne Moore takes center stage in a melodrama of one woman trying to find herself. Facing most of her meandering life on her own as she struggles for finding happiness, the film places us in an awkward position. On the one hand, Moore is an absolute darling in portraying a complex and compelling character with her significant shifts in quiet and sometimes loud self-esteem. On the other hand, her muddled actions become questionable that her final blunt display of confidence is more perplexing than triumphant.

Moore plays Bell, a recently single woman hoping to find some love. Her office job offers little thrills. Exercise classes offer an escape, ease among other women to let out all that frustrates her. But it is on the dance floor where she can let herself loose. She is free from the more troubling thoughts that come with age and questioning romance. It is there that a romance may be forming. She meets Arnold (John Turturro) and they hit it off well. Talking leads to the bedroom. The bedroom leads to dating. And dating is where things get muddy about how comfortable the two are in their relationship.

There’s a certain fearless aimed towards in such a picture. Many scenes approach such as uncomfortable aspects of romance with a curious and honest nature. Several sex scenes linger plenty long to showcase the real passion Bell feels when little thought has to be placed on the situation. It’s just straight pleasure that seems to only briefly glimpse her life during decompression in her class and free-flowing dancing on the dance floor. The film is also not afraid to show her in a lesser light where she lashes out to make her point or assert herself as a woman more powerful than bound by others.

To a degree, her struggle is one we root for. Arnold is staged as being someone who is wrong for not standing closer to Gloria and keeping her at a distance. But as the film progresses, that distance becomes somewhat understandable considering Gloria’s actions towards the world she feels as forced her to coil doesn’t feel as fully warranted. Perhaps in a film of more cartoonish and less relatable aspects of feeling either mildly or understandably shoved away her reactions would seem more warranted. But considering how out of left field these many conclusions feel, Gloria goes more strange than inspiring.

That being said, Moore becomes the heart and soul of this picture even if the script does her little justice (especially for ending scenes on the wrong lines to go out on). I love her acting just enough that even if her character partially flies off the rails, her stoic and charming performance keeps things moving swimmingly in a picture that gives just enough time to let its melodrama simmer. A mild recommendation.