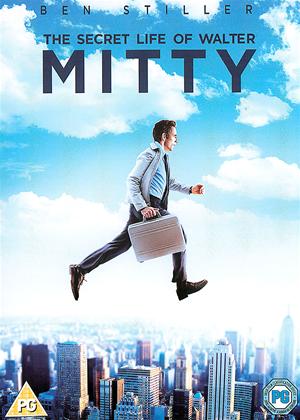 Rent other films like The Secret Life of Walter Mitty

Reviews (4) of The Secret Life of Walter Mitty

A beautiful film, very much in the 'Forrest Gump' classic tradition. The cinematography and landscapes are absolutely stunning, music beautiful, humour clever (including poking fun at dayreaming is place of reality and loss of 'real' things with digitization), minimal violence and gore or bad language, personal interest in the characters enchanting and an ongoing suspense is maintained. For me it was slightly over the top at times, but that is all part of the humour of the film.

An outstanding story of a personal search for truth against the background of a low grade corporate environment. The hero breaks out and finds his new life of love and creation in a most unusual and sometimes tantalizing way.

This is Ben Stiller's finest performance and his hero and supporting characters are well developed and actually interesting. My wife and I laughed so much at some of the scenes, while enjoying others for their warmth and beauty.

Probably not the best film for folks who want to analyse everything to the last spec.

Underwhelming - The Secret Life of Walter Mitty review by AB

To me most of the second half of the film was confusing - was WM's travels to find the photographer in his mind or was it real? Too arty to be a film to recommend with all sorts of morals seeming to drive the story rather than any entertainment value. Characterisations were a bit standardised and the acting wasn't very difficult - lots of trite phrasing and situations. Even the much-sought-after photograph was a bit underwhelming but was a clever denouement. Did like the scene when "Ben Stiller" was showing off "his" skateboard skills whilst his paramour wasn't even paying attention - I hope the real 'athlete' got paid well.

Despite this being Ben Stiller's most mature work as director/star, but the film isn't really that special.

I've not seen the 1947 original starring Danny Kaye and therefore have to judge this film purely on it's own merits.

Stiller plays the title character, a photo archivist at a magazine publisher who escapes from his own mundane existence by daydreaming on a frequent basis, when the negative for the upcoming final issue of the magazine goes missing, Mitty goes on a worldwide quest to relocate it, taking him to Greenland, Iceland and the Himalayas, meeting an array of characters while he pines for the woman of his dreams (Kristen Wiig). The main problem I had with this film was not knowing whether what I was seeing was real or merely a figment of Mitty's imagination and even by the end I was left completely unconvinced.

The performances are fine, the photography is excellent and there's some great visuals, but it's not really a great film.

Overall, it felt like an ego trip for Ben Stiller to go sightseeing and hiking up mountains.

I wouldn't say the film is disappointing, but it is a little bit pointless and has mixed messages, with a half-arsed moral of making every day count or making your dreams a reality, or even something as mundane as adventurous exploits shape your person.

It was all quite unconvincing because it all seemed like the character lived his life through his daydreams, even after the credits started rolling.

Ben Stiller has been responsible for some outrageous comedy films, not only in front of the camera but behind it as well with Tropic Thunder being one of his best. Stiller however took a different approach to his latest feature, the sombre character piece, The Secret Life of Walter Mitty, a rehash of an old tale but with a understandably relevant new twist.

The film tells the story of Walter (Stiller), a quiet man who is constantly in his own head. His frequent daydreams don’t bother many people as he hides away in his small office and dreams of adventures. When one finally comes his way he is hesitant to reach out and grab it but with a push from his family and co worker Cheryl (Kristen Wiig) he might just find the courage he needs to push off to something unbelievable.

This is Stiller’s best film in quite some time and easily his most mature work to date, a tale of taking on the unknown and fighting your fears, something Stiller cleverly mixes in with a tale of redundancy. The way Stiller mixes the real and the extraordinary using some dynamic and wonderfully luscious visuals is remarkable. The choice of filming locations add to the experience with Stiller using Icelandic landscapes to depict a sense of adventure and wonder.

However the film is really about Walter, a man who some might be quick to label a geek, a nobody. Stiller however knows better, Walter may be dependable, a steady worker but he is also a rebel and an athlete, a man of hidden talents and unparalleled kindness, a worthy subject that comes to life the more the film peels away at his shutdown persona. Watching him come back to life is special.

The film isn’t perfect, the film shoehorns in a cliched villain, a man restructuring Walter’s office, a man so self involved its hard to imagine him existing outside of this film. Beyond that though The Secret Life of Walter Mitty is unlike its original and I for one am glad because the advances in modern cinema have ensured Stiller was able to make a breathtaking picture