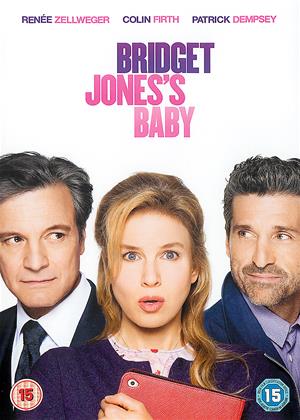 Usual Cast of whisperers, mumblers and gabblers. No subtitles meant part of the film was unintelligible. Otherwise a light hearted, mildly amusing romp.

This just didn't do it for me. Whoever the 2nd love interest was (at least Hugh Grant had charisma and was good looking) was unconvincing. Colin Firth looked like he wished he wasn't there throughout but needed the money. One or two mild smiles but frankly it was squeezing the dregs from what had been a great comic seam. Please - no more

A sequel too far - Bridget Jones's Baby review by DH

This must have been made purely as easy money! It is not enjoyable viewing. You are supposed to believe that Rene is totally irresistible being fought over by 2 men. I imagine she loved this but it was pretty rubbish. Also difficult to accept the 'new face of Rene' she looks plastic! They should have stopped after the first one, which was excellent.

Not recommended at all.

For the first 60 minutes I was beginning to wonder why I had rented the film, as I was almost falling asleep as it was so boring, fortunately the second half did improve and there were laughs, but like a fellow reviewer one sequel to far!

What a load of rubbish! I only could tolerate this foul mouthed attempt at comedy for 15 minutes. It was absolutely painful to witness established actors delivering an embarrassingly awful script. It's no wonder Hugh Grant didn't get involved.

The film could have been good if it weren't for the 'past their sell by date' actors. If you've followed the Brigid Jones stories then you sort of wanted to know how they would conclude but this just lacked genuine vitality and fun - all a bit laboured - excuse the pun!

If you enjoyed the storey so far, settledown and enjoy the ending, with some lovely eye candy!!!

You won't be disappointed, what's not to enjoy!

A girly film but no harm in that

Is quite funny to be fair. Ladies prefer it to fellas. Zel does look a lot odder for sure. Shame really as thought she did well with the original image anyway.

I was looking forward to a light comedy but had to fast-forward to find out whose baby she was having. Renee has less energy than previous films and Colin was even more dour. Started quite well but really couldn't be bothered to keep watching. Sad.

Bridget Jones's Baby sees Renée Zellweger reprising her role as the famous titular character, with a slight caveat that fuels the movie’s main conflict and supposedly should provide enough punch for anyone to care. At the end, the film tries to salvage whatever it can with an altruistic, cosmopolitan message that just isn’t quite enough to save this sinking ship from also exploding altogether. To sum it up: Bridget Jones's Baby is a mediocre attempt at a comedy drama that ends up short, in any sense of my reductive definition.

Bridget Jones's Baby is a return to form all-right, but a moot one at that: Bridget’s physique, ideas and goals are slightly derailed as she finds herself in a middle-class induced conundrum by not knowing who the father of her baby is. At first, the idea is as ludicrous as it sounds, since if it would be real life, this film would be over immediately after our lovely protagonist takes a simple DNA test. This is not the case however (a certain conflict of interests is needed in order for someone to care enough to see the flick) and we’re stuck with Bridget pin-ponging between two potential mates, whilst completely cruising over problems that would most definitely plague her doings if the film cared enough to portray a realistic depiction of how things work in the real world.

This time around, Renee’s magnum opus turns 43, but her craving for romantic adventure remains intact. She goes through daily motions while solving first-world problems with second-rate solutions: whining about things that would make (and I’m not demoting anyone’s citizenship) third-worlders roll their eyes in ruminative disdain. To push things from bad to worse, Bridget actually narrates her actions and the (I’m guessing) screenplay cues signs whenever the audience is supposed to laugh at something or someone.

As (note: superficial) conflict brews, Colin Firth (as the goofy romantic Darcy) and Patrick Dempsey (portraying a billionaire named Jack) enter into mutual scrimmage that is more pitiful than chivalric. During which, they throw adolescent tantrums at each other that almost always end up in stalemate.

Bridget Jones's Baby has its funny moments, like when our titular character reaches out to swearing during the most inappropriate moments possible. Or when she takes full responsibility for her main issue at hand and decides to persevere alone no matter the cost. The soundtrack accompanying the visuals is also worth a mention or two.

Finally, Bridget Jones's Baby is a non-ambitious, repetitive take at tropes we’ve learn to recite in sleep during this unfortunate 21-st century full with barrage of mediocre happenings beneficial to no one in particular.

However, Bridget Jones's Baby will probably find its audience among the hopeless middle-aged romantic who still lives with hopes of finding true, unconditional love.