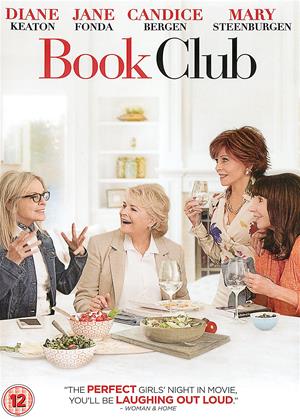 What a fun film this was to watch, about a group of women growing old disgracefully. First class performances from a lot of established actors, lots of semi-cameos from the men they dated, and more than funny scenes with brilliant innuendo and naughtiness.

Don't watch this film if you are easily offended by sexual content, although this romp gets away with a lot of "rude" references it does it with a clever script well acted. The dialogue referring to a motor cycle/sex act is a gem!

Great actors, rubbish script! Can't say any more. The endings are sign posted so absolutely no surprises anywhere in the movie. Avoid as total garbage. Easy money for everyone.

As a previous reviewer said ''Good cast but rubbish storyline''. In fact found this film slow and boring and waited for action which never came.

What a let down and a waste of 1.5 hours watching it. Good job I didn't shell out an arm and a leg at the Cinema to watch this movie as I would have asked for my money back !

But oh the ending - Book Club review by DH

This film is not as bad as some of the other reviewer say. The fist half is amusing if not side slide splittingly funny, but oh the ending. Is there a law somewhere that all that all romantic stores end in the same way, one party seems to reject the other and then thinks better of it and runs, in some way, too the other, of the four stores of the four women in this film three and a half of them finished this way. A better script writer/story teller could have come up with at least one better ending.

What a disappointing film - utter rubbish! A great pity, especially with the cast. Went to sleep at one point, husband took dog for a walk before the end!!

Excellent cast but rather let down by the script. But apart from that I quite enjoyed it and found it humorous in parts and quite entertaining. I think its worth watching (if mainly for the cast) but don't expect too much!

Okay, not serious important fare. But it provided laughs, an interlude between thought provoking disturbing documentaries and movies (such as the marvellous brave Human Flow which I highly recommend). I was so happy to find a movie with 4 Ab Fab older actresses. It just seemed as though they, and the men, were having such fun acting their parts. Yes, at times silly and predictable, who cares? A pleasant departure from movies starring overly used actors and actresses or the current faves of the year. Good sorbet with talented, hard working, clever, extremely fit actors. Refreshing to watch a movie about older women who are still attractive, intelligent, happy and sexy.

I enjoyed this film - Book Club review by FP

A bit slow to get going but enjoyable once it gets going. Loved the end! Made me cry a little. A good reminder to not let life pass us by!

We ordered  Book Club thinking it would be a good watch, especially with the number of famous and accomplished actors involved. What a disappointment, story line cheesy, absolute rubbish and boring. Needless to say 20 minutes in we ejected the DVD..

A great ensemble cast. Each character superbly cast in their role.

Made me smile and the comedy lines were delivered with great timing.

The quartet of novel and wine consumers is at least a strong one. Diane Keaton, Jane Fonda, Candice Bergen, and Mary Steenburgen are a strong ensemble with much experience but they’re taking it easier in this film. They effortlessly breeze through a film that requires them to drink wine, giddily talk about sex, and make the most basic of jokes about growing old and keeping the flame going. Keaton plays Diane (well, that’s easy to remember), a mother with nosy kids who want her to move in with them so they can keep a closer eye on their mom’s health. That’s stressful enough but her situation becomes all the more embarrassing when a handsome airplane pilot (Andy García) cleverly convinces her to go on a date. And you better believe there’s a silly scene where the pilot and her children will meet each other in an awkward scenario. The childish music score of cartoonish comedy all but assures this moment in the forecast.

Jane Fonda plays Vivian, a highly successful hotel owner that finds herself hooking up with an old flame, played by Don Johnson, who also rolls out the red carpet for her. He comes off as effortlessly charming and Vivian continues the dating dance to see if he’s still worth coming back to. Mary Steenburgen plays Carol, a woman married to Craig T. Nelson, playing a husband more interested in reviving his old motorcycle than their sex life. Carol’s attempts at flirtation are cringe-worthy at best, bringing her Fifty Shades of Gray fantasies to his garage, believing zip-ties are intended for bondage and dismayed when her man won’t tie her up. Candice Bergen plays Sharon as a woman who is mostly wasted as a developer of a dating app, seemingly embarrassed to be seen with her date played by Wallace Shawn. I’m not saying beggers can’t be choosers but you could do a lot worse than an eccentric Wallace Shawn with charm and hobbies in being a DJ.

All of the standard elderly romantic comedy tropes are at play. The easy jokes are delivered with plenty of puns and innuendos the women become inspired to make from their Grey readings. The comradery feels passive with the foursome assembling for drinks and openly discussing sex with laughs while they try on outfits for their latest dates. And I swear it must seem obligatory now that these films feature some song and dance number to prove that old people still have the moods. Despite being a spectacle of watching one of the women tap dance to Meatloaf, it still comes off far too standard, stretching those cute scenes for all their worth.

Book Club delivers exactly on what it promises as light and slightly-dirty romantic comedy for middle-aged women. It serves up the wine, the smirks, the modest sexuality, and the insistence that these women still got it. I just wish they had a script that would let them flaunt it more than take it easy. While these types of films showcase how age is nothing but a number, this format is certainly growing long in the tooth.