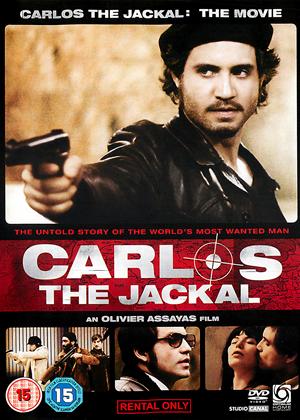 Reviews (3) of Carlos the Jackal

If Only & Hindsight - Carlos the Jackal review by D C

If only i'd of seen the review i would have dodged this movie like a pile of steaming stuff on the pavement, sadly i too got so far in and abandoned ship not being able to speak and understand 27 languages you get bored, sadly the film may have been good but i'll never know!

Based on the alleged story of the international terrorist Carlos the Jackal, most of the film takes place in the 70's. The film actually looks like it could have been a good film if it were not for the language barrier. Be aware that whilst this film is listed as having English Subtitles, it does not for most of the film! This is a foreign language film with five major languages being spoken throughout, mainly French, German, Arabic, Spanish and Urdu, with other languages thrown in. There is no English spoken in the film. The few English subtitles that there are cover only about 10% of what is actually spoken, so viewers whose main language is English may struggle to watch this film and understand what is being said. There are so many languages being spoken that it becomes confusing as the plot moves across borders through various European and Middle Eastern countries. For those with hearing loss, such as myself, there are no English Subtitles for Hearing Loss, so I would not recommend this film to anyone who needs English Subtitles. I couldn't tell you what happens in the end as I gave up halfway through due to the severe lack of English Subtitles, I couldn't watch anymore.

International Man of Misery - Carlos the Jackal review by WS

Venezuela-born Carlos – real name Ilich Sanchez Ramirez – believed that the Marxist-Leninist class struggle was inseparable from “anti-imperialism”, which meant, in practice, anti-Americanism and anti-Zionism. The aim being to undermine (and where possible militarily defeat) America’s allies, but chiefly the State of Israel. In 1970 he threw himself into the nationalist struggle of the Popular Front for the Liberation of Palestine, training as a guerrilla fighter.

Perhaps disproportionately (although not solely) of interest to politics and current affairs nerds, “Carlos” provides a balanced, non-polemical view of Ilich’s bloody and ignoble career. Clearly a man of some physical courage – he fought in the 1970 Black September conflict between Jordan and the PLO – he is not glamorised or represented as a heroic failure like Che Guevara. He is ruthless enough to shoot an unarmed man in the face at point-blank range, but never sadistic or gratuitously violent. The genuineness of his political zealotry is never in doubt, and there is no suggestion that he is ever seeking personal power for its own sake. But he shows a staggering level of arrogance and political naivety in thinking that he understands the Palestinian cause better than the Palestinians themselves.

The first section of the film sees Carlos carrying out attacks on Israel-linked targets in London, and then going on the run after fatally shooting two detectives. The second act deals with the astonishingly audacious raid on the 1975 OPEC conference – ending, from the terrorists’ point of view, in a humiliating anti-climax. By the closing chapters of the film Carlos, spurned by his Palestinian mentors and gradually running out of countries willing to shelter or aid him, is facing life as a politically irrelevant fugitive.

Ambitious in its scope and in its use of multiple international locations, “Carlos” attempts to show us the wider picture (the geopolitics and international diplomacy of the time), while not neglecting the human scale – the divergent objectives and clashing personalities within the international militant Left, the disagreements over tactics, and the inevitable conflict between guerillahood and stable family life. We see Carlos involved with three different women, and briefly raising a daughter, but it appears that being a dutiful husband and father was never high on his list of priorities.

The inconsistent use of subtitles – French, Spanish and sometimes Arabic speech is subbed, English and German dialogue isn’t, even with the subtitle option selected – didn’t really bother me but it may be enervating to some viewers and is not ideal for the hard of hearing. Again some people may be put off by the 155 minute running time, but the story is eventful enough to fill it out, the action scenes are well-directed, to me it didn’t feel unnaturally stretched.

It’s debatable how relevant this film is as we enter the third decade of the twenty-first Century. ISIL and their imitators are not concerned with playing the long game but see slaughter and martyrdom as ends in themselves. But if there is a message we can take away, it is: that terrorists are bad people, they rarely have legitimate grievances, and the only way to defeat them long-term is through skilled international diplomacy and cutting off the funding. The pen and the abacus are mightier than the sword.