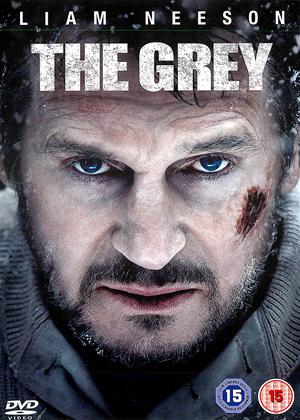 I really enjoyed this film - unlike most Hollywoood fare, it as not all American smiles and group-huggy happiness. It is the old Man versus Nature story again - and the audience can decide for itself if the wolves here symbolise anything. The film is based ona short story - probably in the American Moby Dick Man versus the Monster tradition anyway. The cast is great, the story well-paced and the CGI effects are not intrusive: the realisation of the animals works, and the characters portrayed are believable. I could watch this again, no problem. 4.5 stars

Unremittingly miserable - but I quite enjoyed it :) - The Grey review by RP

This is a survival / chase thriller - but here the characters are being chased by wolves. John Ottway (played by Liam Neeson) works for an oil company in Alaska. His job is to shoot wolves (what?!). He is on a flight back home with other oil workers. The plane crashes (of course). There are seven survivors who (of course) come under attack from wolves. Liam Neeson (of course) becomes the leader, the wolves (of course) eat the survivors one by one, and (of course) a couple die from other causes, until (of course) the only one left is Liam Neeson. He (of course) prepares to fight the pack leader bare handed (well, not quite bare handed - armed with just a knife + some broken miniature whisky bottles). Err, that's it. Looked at coldly it's a very predictable film and frankly, it's a pretty miserable tale.

Liam Neeson plays Liam Neeson in his usual role these days as a middle aged (even elderly) action hero. He is definitely the best actor in the film. The story itself is quite well done, even though we've seen many similar survival-story films before and there is definitely an air of menace throughout. There is a nicely ambiguous ending - hint: watch the credits through to the very end.

I quite enjoyed it so I'll give it 3/5 stars - and if it hadn't been so unremittingly miserable I'd probably have given it another one.

After their plane crashes on the way to an oil rig in Alaska a group of men - Liam Neeson, Dermot Mulroney and Frank Grillo - find themselves struggling to survive in the freezing wilderness, their personal fears and anxieties heightened by the trauma of their experience stranded in the isolated frozen wild, it’s not long before they discover they are not alone.

In a lot of ways the Grey had some real potential; the dangers posed not just by the pack of wolves but also by the awe inspiring and awful natural environment touches something deeply primitive inside, without you even fully realising it. Before you know it your imagination has turned these wolves – which are most unlike real wolves to begin with – into rabid, slavering and terrifyingly intelligent hunters with a personal grudge and every whip of wind and flurry of snow into an on coming storm.

Unfortunately, the movie also strives for an introspective and emotional depth beyond the man vs. nature/man vs. animal typical thriller scenario; Neeson’s character Ottoway finds himself looking back at his life and his lost love; thinking of what could have been between them, speaking with her, asking her for guidance and advice and her responding in a gentle heartfelt manner. It is this however that spoils the movie.

These scenes seem to have been slotted in some of the most inappropriate places, perhaps they are there to break the tension but instead they seem cliché and insipid, simply alienating the audience rather than building any kind of emotional bridge between viewer and character, ultimately preventing the film from becoming anything other than a hybrid of the action genre; a place where natural extremes, testosterone fuelled behaviour and emotionless text co-exist for the sake of box office takings.