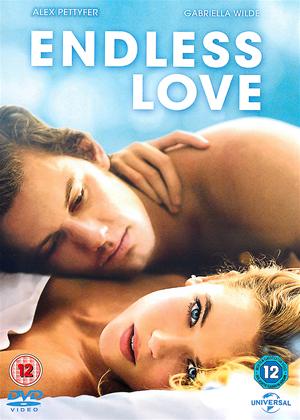 Endless Love plays with some pretty interesting themese and ideas, hell it even dares to make a love story depressing which for Hollywood is almost astounding. However what lets Endless Love down is its complete disregard for the characters and the reality that they are surrounded by.

The film follows David (the perpetually dreadful Alex Pettyfer) as he meets and falls head over heels in love with Jade (Gabriella Wilde). However impressing upon her parents Hugh (Bruce Greenwood) and Anne (Joely Richardson) that he is worthy of Jade is another task entirely and as things begin to fall apart for Jade’s family she starts to wonder if she really can rely on David.

Entertaining in an almost train wreck kind of way, rubbernecking to see if you missed any awful lines of dialogue or shots so pointless and artsy that the whole film feels like Diana all over again. Wilde is a luminous and impressive young actress but Pettyfer turns David into a self aggrandizing, soulless manbot, a person unaware of the word emotion, let alone what in means.

The film never presents its characters in a decent light either. Anne hides under the covers while Hugh descends into cliched and depressing territory, David acts like a child because he still is one and Jade maintains a persona of being together but she is the biggest and least believable mess in the entire feature.

The worst of it however is how the film is written to contemplate how bad things can happen along with the best things but the film concentrates so heavily on the burgeoning young love that when the darkness finally hits it feels completely unwarranted and idiotic with actors being forced to give impassioned speeches for no reason but to tell this badly framed, idiotically paced tale of unbelievable woe.